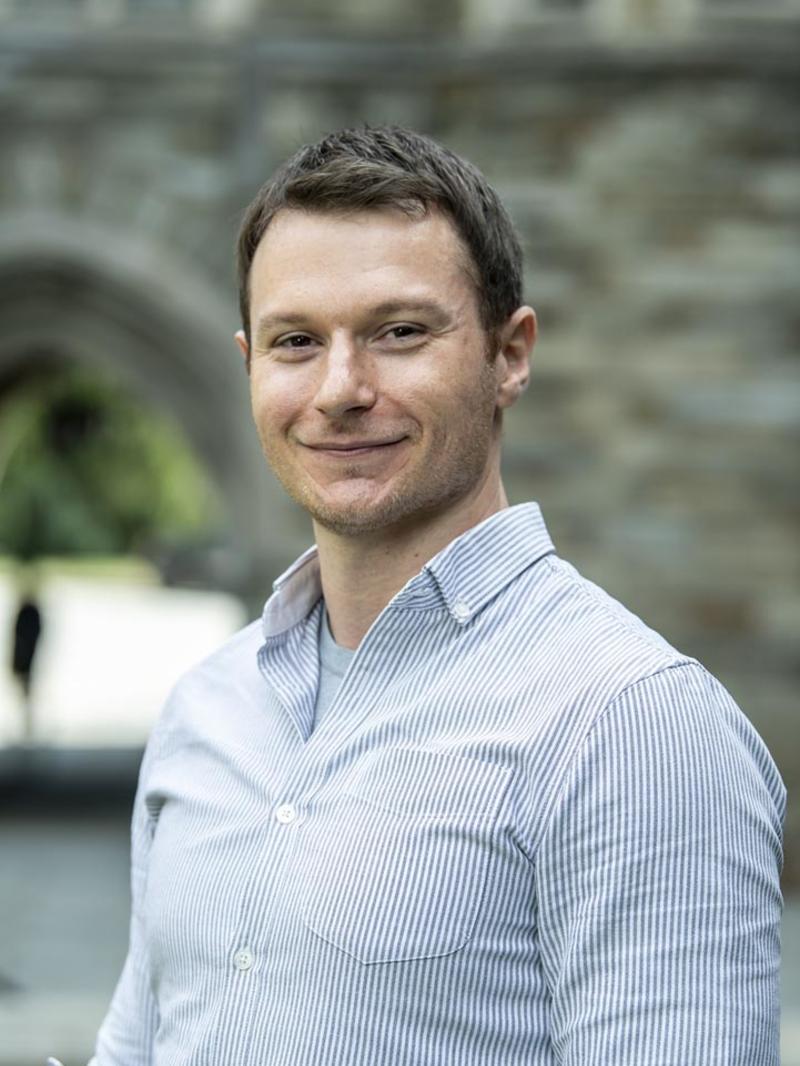 The newest faculty member in the Department of Theology and Religious Studies, Aaron specializes in Chinese religions and religious art. His doctoral dissertation, completed in 2018, focuses on the visual culture of Daoist ritual during China’s Ming period (1368–1644). The project entails a close study of an unusual handscroll painting from the seventeenth century that records and illustrates the canonization of a local god. Aaron’s analysis provides new insights into how local communities established ties with the Zhengyi Daoist institution in the late imperial period. In addition to his specialization in Chinese and Asian religions, his teaching and research interests include a range of broader topics, such as religion, art, and visual culture; ritual theory; and relationships between religion, aesthetics, and self-expression.

Prior to completing his doctoral degree in Chinese Literature and Culture, Aaron earned MA degrees in Art History, Chinese, and Asian Religions. His current and past projects explore the transdisciplinary overlaps between these three fields. Since 2007, he has worked as a research and technical assistant for the Daoist Iconography Project, an international research database for the study of representations of the Daoist pantheon and the function of these images in ritual contexts.

In Summer 2019, Aaron will return to Taiwan to continue his field research. His current projects examine the production and consecration of spirit images for public and private devotion.