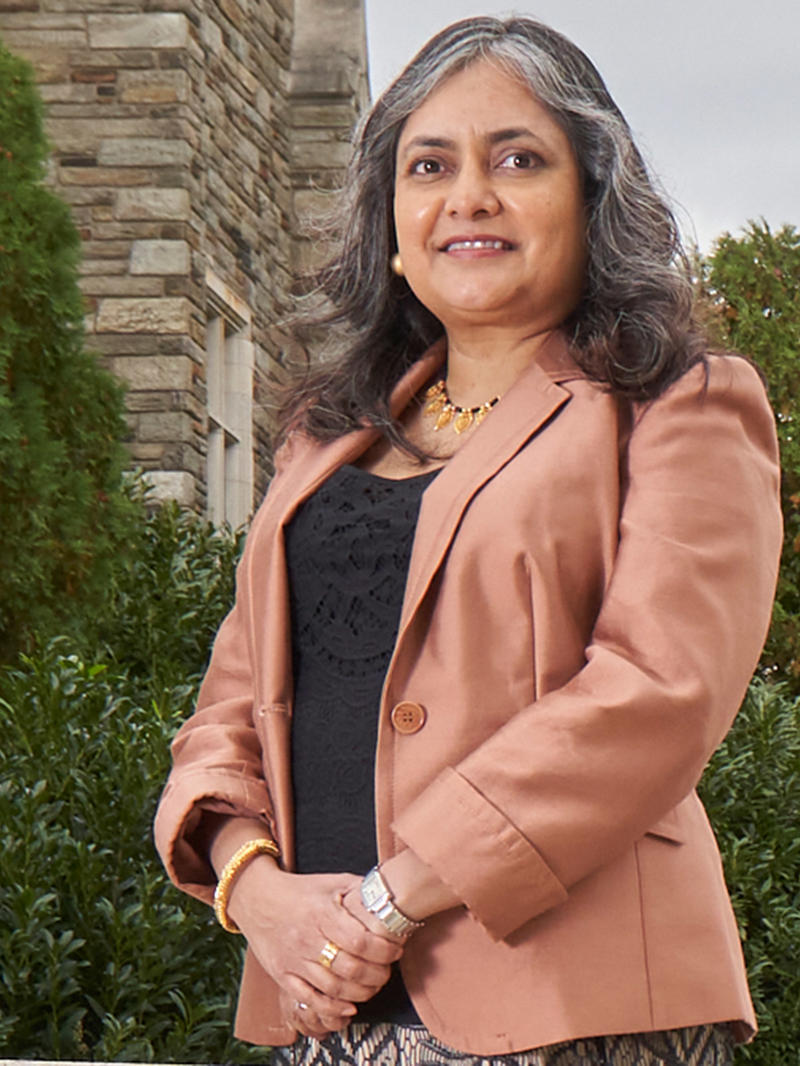 Dr. Usha Rao is the recipient of the Christian R. and Mary F. Lindback Award for Distinguished Teaching, the Distinguished Lectureship from the Association for Women Geoscientists as part of a program that subsidizes research talks by “well-known” scientists, and the Bingham Award from the Philadelphia chapter of the Association for Women in Science, awarded to a “distinguished scientist who has significantly influenced the advancement of women in science”. She was selected by Pennsylvania Governor Tom Wolf to participate in the “PA Women in STEM” video series.

Usha has served as Chair of the Provost Search Advisory Committee, as Steering Committee Member and Task Force Chair for the University’s MSCHE accreditation process, on the Provost’s Advisory Council, in many faculty governance roles, and as SJU's representative in the national Ignatian Colleagues Program, a leadership and mission development program for Jesuit higher educational institutions.

An ardent supporter of the arts and humanities, Usha has promoted hundreds of books as an invited author interviewer and reviewer, and has served as a Board Trustee of the Ardmore Library of the Lower Merion Library System. She currently serves on the Board of the Maguire Art Museum at the Barnes Foundation, and on the National Advisory Taskforce for the Association for Women in Science. She is also engaged in fundraising and advocacy for children with pediatric cancer in honor of her daughter Nina.