For more than 25 years, students at Saint Joseph’s University have been forgoing the traditional spring break experience, with its promise of beaches or visits home, in favor of spending a week serving with and for the people of Appalachia.

The Appalachian Experience , or APEX, as it’s commonly known, has grown into a program that typically sends some 500 students to 18 sites around the region each year to paint community centers, build homes and other structures, and assist in creating gardens while learning about the people and history of the area.

Now, the immersion program is the subject of a 34-minute documentary. Directed by Jeffrey Wallin ’10, “ APEX: The Appalachian Experience ,” captures the unique mutuality of the relationships formed during each spring trip through exclusive interviews with program participants and local residents. The film was produced by Matt Fullmer ’18 (MBA), who led the program for a decade and a half.

“APEX has become one of Saint Joseph’s signature service immersion programs, and one of the most popular programs around. But if you’ve never participated, it’s hard to appreciate the impact that it has,” Fullmer says. “The students who make the journey are invariably doing so to serve the communities of Appalachia, but in return, the people of Appalachia forever change our students by inviting us to become part of their communities. APEX is about much more than a brief moment of service; it’s about opening your eyes to the world around you. The film visually quantifies and captures that.”

The documentary was completed in Spring 2019 and quickly entered the festival circuit. Wallin won Best Director, Documentary at the Philadelphia FirstGlance Film Festival and the film earned Best Appalachian Short at Maryland’s Queen City Film Festival and an Award of Recognition at the Best Shorts Competition. It was also an official selection for the Online Global Peace Film Festival. In conjunction with the film’s release, Fullmer received the Community Partner Excellence Award at the Volunteers for Change and SERCAP (Southeast Rural Community Assistance Project) 50th Anniversary Awards Banquet.

“APEX: The Appalachian Experience” was released for public streaming in January. 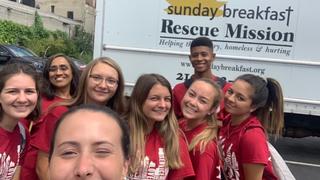 Shaily Menon, Ph.D., dean of the College of Arts and Sciences, reflects on the Philadelphia Service Immersion Program for Connections, an online magazine published by the Association of Jesuit Colleges and Universities. 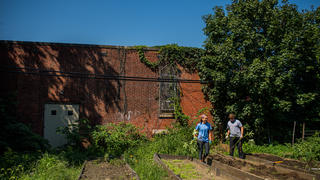 The designation recognizes the University’s efforts to partner and form relationships with communities locally and globally. 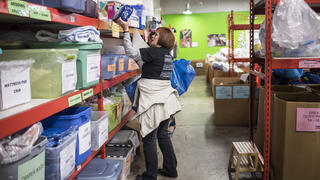