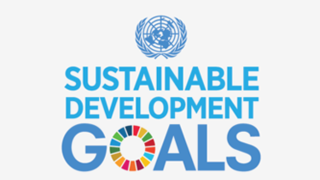 As part of a service engagement at the Hub of Hope, a nonprofit service center for people experiencing homelessness run by Project H.O.M.E., Jeffrey Hunt participated in weekly reflection and discussion on how individuals can turn a passion for service into a long-term pursuit of justice. The conversation inspired him to set action to something he was already passionate about: the United Nations’ sustainable development goals.

“The U.N. set the goals back in 2015, and they include things as wide ranging as no poverty, to life below water, to clean energy,” says Hunt. “I wanted to start to think deeper about how to actually put these goals into action.”

Hunt, a junior Leadership, Ethics, and Organizational Sustainability (LEO) major, is starting the ball rolling by organizing a community festival, designed to engage campus groups, local business and nonprofits in conversation about the goals and how to realistically achieve them. The festival will take place on Thursday, April 25, from 4 – 8 p.m. on Villiger Lawn and will feature student performers and local vegan food options.

The idea for the event started in the fall of 2018. Hunt spent that semester abroad in Dublin, where he took a course in environmental economics, giving him new focus in his studies.

“My major has had greatly influenced my interest with this event,” Hunt says. “I am currently taking a business ethics course which really aims to move the conversation along concerning the sustainable development goals on our campus.”

“Part of the reason this major was created seven years ago was that there was a need for business students to have a more explicit pathway to ethics and social justice,” says Steingard, who is also associate director of the Pedro Arrupe, S.J., Center for Business Ethics. “This is focused in an academic program, rather than just through clubs or minors.”

Steingard believes that LEO gives a well rounded look at business as a force for good, allowing students to take ideas and values into the real world to be successful.

The festival aims to engage its attendees in order to raise awareness. Groups that attend the event are asked to have at least one call to action for individuals to implement in their life.

“I think in order to actually put things into movement with action, we need to create awareness and conversations about how to alter maybe just one or two parts of our life to live in more unison with the sustainable development goals,” says Hunt. “This can be things such as only eating meat once a day as opposed to three times in order to lower our carbon footprint.”

Hunt believes the community festival is a way to convey a positive message to SJU students, faculty and community neighbors.

“Saint Joseph’s is known for service, which is awesome, and this is a way to put it into action on a day-to-day basis.”