Hawks Choose to ‘Be in That Number’ and Near Goal of 1,000 Donors for Crowdfunding Initiative 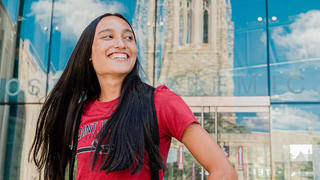 With Giving Tuesday – the official finish line for the University’s latest crowdfunding initiative – a little more than a week away, Saint Joseph’s is only 98 donors away from reaching its goal of 1,000 donors by December 1. In the last month, gifts have been made to all five projects that are currently being funded in this campaign, and one project has already surpassed its original goal two times over.

Giving Tuesday is December 1, and on that day all gifts will be matched, dollar for dollar, with matching donations going towards the Saint Joseph's Fund for scholarships financial aid. Once the campaign reaches 1,000 donors, a gift of $50,000 in scholarships and financial aid will be released. All matching gifts come from Board Chair Jim Norris ’85 and his wife Dinae ’87.

"The fundraising successes of the ‘Be in that Number’ campaign have shown how strong the Saint Joseph's community is,” says Michael Rath, director of the Saint Joseph’s Fund. “Students, faculty, staff, alumni, parents – you name it – have all been involved in one way or another. I am so proud to be a part of a community that supports each other."

To learn more about any of our five projects, or if you would like to Be In That Number as the Hawks go flying in, visit our crowdfunding website. Help us hit our goal of 1,000 by December 1, or donate any time through December 31! 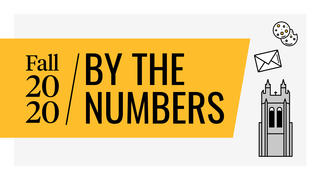 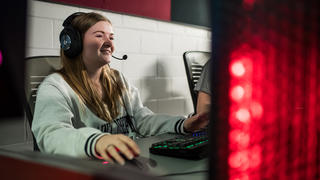 Pathways to Wellness kicks off annual open enrollment season on Nov. 9, and this year employees will have new offerings with no cost increases.