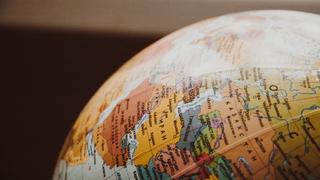 Nigeria, Belgium, Italy, the Netherlands, Sweden, Philadelphia. For Bege Dauda, Ph.D., the pursuit of furthering his education has taken him across the globe, from primary school in a small village in the Kaduna region of Nigeria, to Saint Joseph’s University, where he is the newest post-doctoral fellow at the Institute of Clinical Bioethics (ICB).

At ICB, Dauda will further the Institute’s work in developing bioethics research and educational initiatives, bringing a national and international perspective.

Dauda’s education began in a primary school where the facilities were small and supplies were limited. He says that he and his classmates made the best of it, but halfway through secondary school, Dauda realized that he needed something more.

“We managed with what we had, but I knew that I needed something better for myself in terms of my education,” says Dauda.

As he began to seek options outside his home village, Dauda was given the opportunity to take an entrance exam to a stronger school in a neighboring city. The itch to further his education and the need to travel for that pursuit would become a theme in Dauda’s life.

After finishing secondary school, Dauda enrolled at Ahmadu Bello University, one of Nigeria’s highest-ranked colleges, to pursue a pharmacy degree. After graduation, he worked as a clinical pharmacist –– until that familiar itch surfaced again.

Dauda’s search for a cost-effective educational option led him to Sweden and later Belgium, where over the course of six years he earned master's degrees in public health and bioethics, as well as a doctorate in biomedical ethics. Prior to coming to Saint Joseph’s, he spent two years as a postdoctoral fellow in biomedical ethics at the University of Pennsylvania.

As a clinical ethicist, Dauda’s work centers on resolving moral issues in health care. Some of the most common questions that Dauda and his colleagues encounter concern body autonomy, beneficence (or how well a particular action promotes the well-being of others) and who should be responsible for decision-making when a patient can’t decide for him or herself.

“Our job is to help resolve any conflicts of opinion that come about by deliberating and giving insight to all parties involved [based on the] ethical principles that we’re trained in,” says Dauda.

In his new role at the ICB, Dauda will split his time between clinical practice, research, mentoring and teaching. He takes pride in mentoring students through the Summer Scholars program and hopes to guide them toward a successful career the way his mentors guided him in years past.

“Our job is to help resolve any conflicts of opinion that come about by deliberating and giving insight to all parties involved [based on the] ethical principles that we’re trained in."

Peter Clark , S.J., Ph.D., professor and director of Institute of Clinical Bioethics and John McShain Chair in Ethics, says the addition of Dauda will provide valuable new perspectives to the Institute.

“His background in pharmacy, ethics and medicine allows him to give a broader perspective to the research projects the fellows in the Institute are part of locally, nationally and internationally,” Clark says. “And as a member of the African Academy of Sciences, Bege opens up new opportunities for research by our fellows and more collaborative research with colleagues in different parts of Africa.”

Dauda, who is also an adjunct faculty member in the Department of Health Studies in the School of Health Studies and Education , says he was drawn to Saint Joseph’s by the chance to gain more experience in clinical ethics and to learn from the leadership team at ICB.

“The Institute’s research profile and ongoing projects were motivation for me to work and collaborate with fellows at the ICB to further strengthen my research profile,” says Dauda. “ICB and, by extension, SJU have given me the opportunity to solidify my experience not just in clinical ethics and research, but also in teaching.”

The goal for Dauda after his fellowship is completed is what he refers to as “the golden fleece, the El Dorado”: becoming a faculty member, preferably at SJU. He also hopes to develop a research plan that leads to building resources in African countries so that he can give back to the continent that gave so much to him. He’s already started on the latter, as a member of the African Academy of Sciences, where he sits on a committee that is tasked with building a framework for data-sharing in Africa. The nonprofit organization seeks to expand research infrastructure and capabilities across the continent.

“I hope to one day be able to travel back and forth between America and my home country, having an impact on people in both places, whether that be in a clinical setting or in developing systems for Africa to use to further their use of data in an ethical way,” says Dauda. 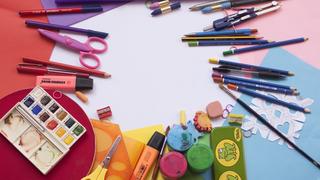 As schools move the entirety of their curriculum online, the sudden change in procedure can be especially trying for individuals with autism and their families many of whom thrive on routine. 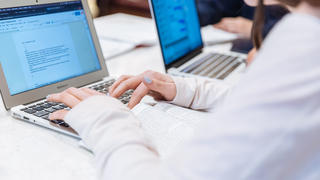 A new co-op program for students in Saint Joseph’s College of Arts and Sciences will provide students with unique work experiences that they can bring back to the classroom -- to the benefit of the entire University community. 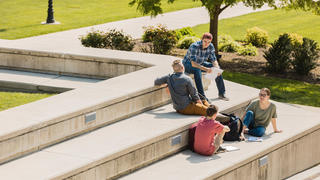 How Saint Joseph’s Is Embracing the ‘60-year Curriculum’

The changing nature of technology and the future of work mean today’s lifelong learners want more variety and flexibility.