Usha Rao, Ph.D., Wants to Break Down Barriers for Women in STEM

The Philadelphia Chapter of the Association for Women in Science (AWIS) will be awarding Saint Joseph’s Usha Rao, Ph.D., with the 2021 Elizabeth Bingham Mentorship Award. As a woman, person of color and immigrant who is deeply embedded into the world of STEM, Rao is determined to do what she can to make STEM careers more accessible to the students she works with. 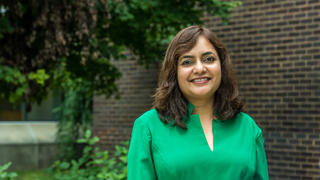 As a child growing up in India, Usha Rao, Ph.D., always imagined she would be a writer or an artist.

“The sciences never really crossed my mind!” she remembers. “But when I was 12, my science teacher, Mrs. Subbaroyan, really made the subject come alive for me.”

As Rao enjoyed lessons with her new teacher, learning all about the work of different female scientists, she suddenly began to see her own potential for joining the field.

“This is why representation matters! I learned about Barbara McClintock’s work, which had won the Nobel prize and, suddenly, I could see myself as a scientist,” says Rao, who will be awarded the 2021 Elizabeth Bingham Mentorship Award by the Philadelphia Chapter of the Association for Women in Sciences (AWIS) this June. This award is presented each year to a “distinguished scientist who has significantly influenced the advancement of women in science” and “has served as a mentor and role model,” according to AWIS.

Rao earned her bachelor’s in geology from St. Xavier’s College in Mumbai before moving to the U.S. to complete a Ph.D. in environmental geochemistry at the University of Rochester. She completed a postdoctoral fellowship at Northwestern University before joining the interdisciplinary environmental science program and chemistry department at Saint Joseph’s where she conducts research on industrial and agricultural pollution, radionuclide discharges, groundwater movement, sustainability, and most recently, biodegradation of dye pollutants.

“I was the first person of color hired in the natural sciences back in 2000,” Rao notes. “And I’m  the only woman in my department. I’m also the University’s only geologist, so the work I do is always going to be different from that of my colleagues.”

Rao recognizes all these qualities as major assets to her expertise and contributions.

“I get to bring something new to the table,” remarks Rao. “Students have been very openly appreciative of my ability to offer them exposure to diverse areas and perspectives in teaching and research.”

From her earliest days in the classroom, Rao noticed that her presence meant a lot to the women, minority, first-generation and LGBTQ students she was working with. As she saw it, they were seeking evidence they could thrive in fields that had not traditionally been inclusive of their groups — Rao herself was that evidence.

After seeing the impact her diversity was having on those around her in the classroom, Rao dove into her newfound mentorship role with a passion.

In 2009, Rao seized the opportunity to co-develop Saint Joseph’s John P. McNulty Scholars Program for gifted undergraduate women in STEM. This transformative program which began with a cohort of just 3 students has since supported over 80 students with research and public speaking opportunities, peer and faculty mentoring and full and partial scholarships that have enabled them to go on to achieve very impressive starts to their careers.

This work is personal to Rao, and very important. As she points out, the statistics for women in STEM are grim.

“Fifty-three percent of all women leave or are forced out of their STEM jobs by mid-career,” Rao says. “For women faculty, studies show that their research is less valued than their male peers’, and that external and internal grant funding, reviews by editors, access to instrumentation and suitable lab spaces, all suffer.”

This in turn leads to lower rates of tenure, promotion, career satisfaction, and feelings of belonging for women in STEM. Rao labels this a national-level problem and, though she does note change is taking place, it needs to happen a lot faster.

“The problems that face the world today, like climate change, are so vast and complex, that we cannot hope to fix them without including everyone’s talents, in and outside of STEM,” she says.

“The problems that face the world today, like climate change, are so vast and complex, that we cannot hope to fix them without including everyone’s talents.”

But in order to be inclusive, Rao says the world needs to think differently, and we need everyone to be on board with that. For instance, the majority of STEM faculty work toward earning tenure during their early 30s, typically the same period of time when young children are being raised.

“A common scenario that nearly every mother in STEM has encountered is being in the middle of a multi-day, time-sensitive experiment, when suddenly, you get a phone call that your child is running a low-grade fever and must be picked up from daycare immediately,” Rao illustrates. “Until we prioritize inexpensive child care nationally and flexible on-site childcare for institutions, we are going to continue to hold women back in this way, especially in STEM.”

While this issue predates COVID-19, it has been exacerbated by the mass exodus of women from the workplace that came along with the global pandemic of 2020. Women in STEM in particular seemed to hit a breaking point in the past year.

Rao is adamant that, as a society, we cannot sit back and assume the same institutional structures and priorities that created today’s global problems and inequalities are also going to solve these problems. As a woman, person of color and immigrant who is deeply embedded into the world of STEM, she is determined to do what she can to ease these barriers for the students she works with.

“Working in STEM is exhilarating! Even as a graduate student, I got to regularly work on a Van de Graff particle accelerator; I took classes at NASA’s Jet Propulsion Lab with astronaut Sally Ride and oceanographer Wally Broecker,” she remembers. “You never lose that thrill of discovery. So much is still to be learned about the planet and every natural system.”

Rao is working to support other women in STEM so they can feel that same exhilaration as they push beyond any limitations or expectations placed upon them by society.

Rao also recognized this need for support in her fellow educators and, in 2016, became the founding director of the University’s Office of Teaching and Learning (OTL), where she and her colleagues apply lessons they have learned through their careers to provide mentoring and other resources for Saint Joseph’s faculty.

“I like the challenge of developing new programs that go on to have a life beyond my own,” she reflects. “The OTL gives me the opportunity to collaborate with a large cross section of faculty each year and helps to advance the institution’s vision for excellence in teaching.”

All this work supporting others is what earned Rao AWIS’s 2021 Elizabeth Bingham Mentorship Award, upon receipt of which, Rao will deliver a keynote that will delve into what we can learn from nature in terms of post-traumatic growth, resilience and connections in the face of adversity.

“Guiding young people and building long-term professional relationships with them are my favorite things about being an academic,” remarks Rao. “My students are a source of joy, and I learn so much from them. I am also aware that my presence broadens students’ ideas about who gets to do science.”

Rao will receive the 2021 Elizabeth Bingham Mentoring Award on June 2 at 6 p.m. during AWIS’s annual awards ceremony. This year, the ceremony will take place via Zoom. Registration is free. 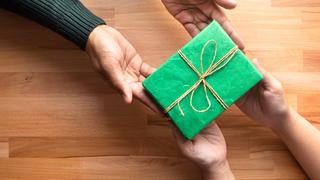 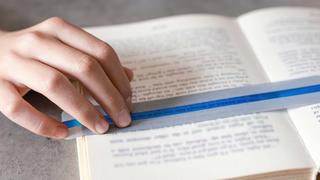 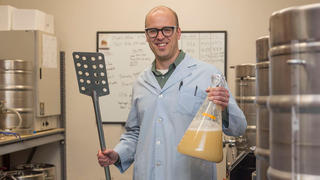