Schedule a Training
To schedule or plan for training sessions with our team, please contact Meghan Burk.

First responder training in addiction and connection to treatment is most impactful when agencies engage in all three of our interrelated courses:

Phoenix Training aims to educate all Pennsylvanians who regularly interact with persons living with substance use disorder. More specifically, our training program can reach attorneys, probation & parole officers, correctional officers and children & youth services professionals across the state, as well as police, fire and EMS agencies in the counties indicated in red.

The PA Department of Health has charged CARE with delivering training on addiction and connection to treatment to first responders in the 34 counties indicated in red. Police, firefighters and EMS professionals whose work is in the grey-shaded counties are encouraged to contact Brenda Scuilli at the University of Pittsburgh. All related professions in any of PA's 67 counties are encouraged to contact CARE for their training needs. 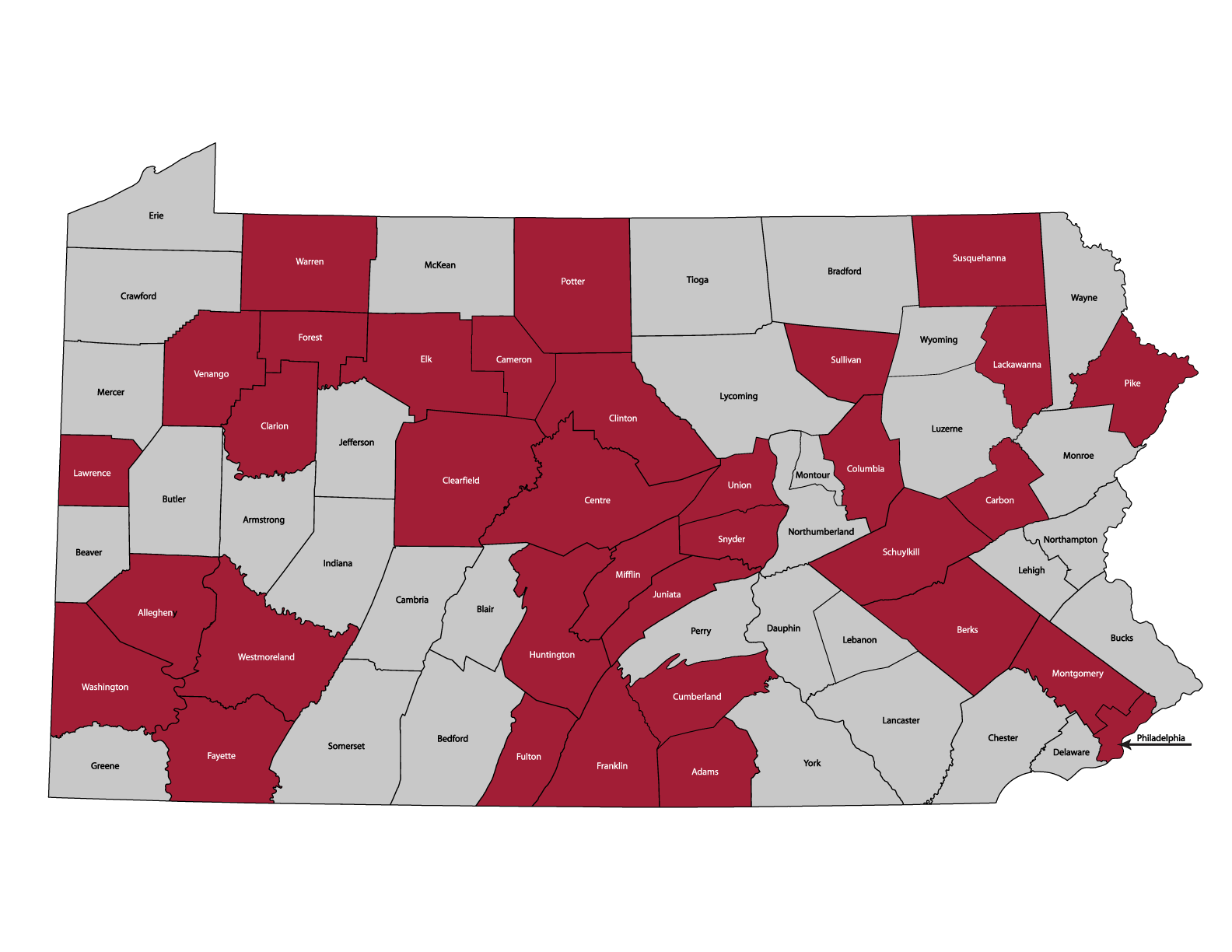 CARE is proud to offer Phoenix Training sessions throughout the Commonwealth of Pennsylvania and across law enforcement and criminal justice professions. Agencies and organizations trained by CARE include law enforcement, firefighters, EMS services, probation and parole services and attorneys on both sides of the criminal justice system. At CARE, we believe anyone who regularly interacts with those suffering from substance use disorder have a role on the front lines of the overdose crisis. We look forward to adding to our Honor Roll of Trainees and spreading our message of compassion and hope.

Our peer-to-peer model relies on first responders and criminal justice professionals who share our passion for recovery and connection to treatment. We are always looking for new trainers to join our dynamic team and deliver our message.

To access Phoenix Training materials, please login to our learning management tool. If you have completed Phoenix Training and have lost access to the refresher training course, please contact us.