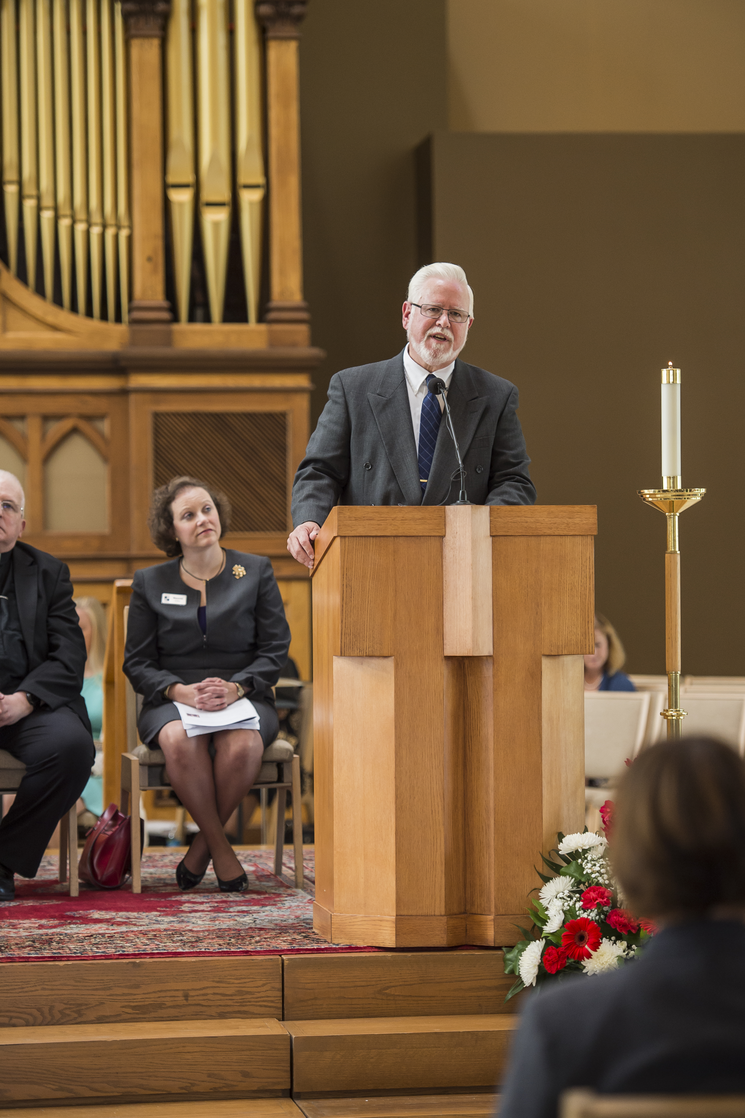 A daunting challenge for those after the Shoah who sought rapprochement between Jews and Christians was not only the trauma of the Nazi genocide, but the long centuries of hostility, suspicion, stereotyping, fear, and oppositional thinking between us. With this history, could we ever really communicate with one another? Some influential leaders in both communities definitively said no.

Fifty years after the issuance of Nostra Aetate the evidence is in. In many parts of the world – perhaps particularly here in the United States – Jews and Christians have begun to speak to each other beyond surface-level descriptions of our respective customs. We are doing so with few positive precedents from our received traditions and with many caricatures and misunderstandings confounding our efforts.

Along the way, a crucial discovery has also occurred. In the process of opening ourselves to each other's religious lives, Jews and Christians have sometimes discerned a deeper spiritual reality. In our interactions, we occasionally find ourselves glimpsing the elusive presence of the Holy One in the lives and traditions of our interlocutors. I believe this means that today we are beginning to chart the unexplored paths of mutuality.

What do I mean by mutuality? A vivid example is the long friendship between Pope Francis and our guest Rabbi Abraham Skorka. Saint Joseph's University is deeply honored that Rabbi Skorka has joined us today to celebrate the "50 Years of a Journey of Friendship" since Nostra Aetate. Who better to exemplify and speak to the new relationship between Jews and Catholics than a pope’s close friend? On behalf of all us here, Rabbi Skorka, I want to thank you very sincerely for your wholehearted partnership in helping us to mark the Declaration's golden jubilee here in Philadelphia as memorably and inspiringly as possible.

Let us ponder an insight that Rabbi Skorka has shared with us. He observed that the Second Vatican Council "challenged Catholicism to construct a new theological vision based upon the rediscovered truth that the old covenant between the Creator and the Jews was not abolished." He also described how he and the future Pope Francis "recognized in the other the partner for the enactment of the commitment to interreligious dialogue that we both took as a central priority in our lives." I'd like to combine these two comments and speak about mutuality as friends pursuing theological dialogue and study together.

Signs of such mutuality can be found in many places. Catholic theologian Mary C. Boys has written of her long collaboration with Jewish educator Sara Lee: "Over the years, Sara and I have discussed many demanding and delicate questions—but the conversations themselves have not been difficult. To the contrary, our friendship allows us to probe in sensitive areas."[1]

Likewise, Rev. Hanspeter Heinz has written movingly about his more than 20 year friendship with the late Rabbi Michael Signer: “The joy we shared as friends was no less important than our [educational] projects together. ... Indeed, our free time together and our correspondence brought us much more than relaxation. ... During our long walks ... we regularly lost our way because we were so absorbed in our discussions."[2] Their informal camaraderie developed the trust in each other necessary for deep dialogue. Their experience of leaving the everyday world behind when in the midst of profound religious conversation recalls the rabbinic practice of chavruta study—grappling with sacred texts in close relationship with a study partner. It is a practice I am privileged to share with my colleague and friend, Dr. Adam Gregerman.

In the book that they wrote, Rabbi Skorka tells a story about a day when he was in Cardinal Bergoglio's office and saw on the bookshelves photos that he assumed were of "people he truly cares about – those who mean a lot to him. Suddenly," Rabbi Skorka continued, "I noticed among them a framed picture that I had given to him as a gift. The photo was of the two of us and had been taken at one of our meetings. I was struck speechless. ... It was at that meeting that we [had] decided to write this book."[3]

As Rabbi Skorka relates it, theirs was a decision to give expression "to our intimate conversations in book form ... exposing our souls," which meant that "we each had to take turns in strengthening the bonds between us. ... We accept[ed] all of the risks this implies, yet remain[ed] profoundly convinced that this [was] the only way for us to understand what it means to be a human being, moving ever closer to G-d."[4]

That is what I mean by "mutuality." Theologically, it is a deepening love for the distinct way of walking with God of the Jewish or Christian other who is no longer an outsider, but who has become a friend.

Fifty years along what Pope Francis has called "our journey of friendship," we have learned that we can explore and study profound questions together with a closeness and trust that was unimaginable not so long ago. Let me give some examples. Both Judaism and Christianity are founded upon the conviction that God is involved in the histories of our people. Jews celebrate especially the Exodus and giving of the Torah, while Christians rejoice in the resurrection of Jesus. But this conviction of God’s involvement in history has always raised difficult questions:

No doubt as we explore such topics there will inevitably be tensions and maybe irresolvable disputes. But I believe as we journey together we are learning that it is our new relationship itself that is assuming a primary value. It is becoming the very space within which both Jews and Christians can theologize, where they can seek to deepen their understanding of their relationship with the Holy One. How can we not be deeply thankful for what Rabbi Skorka has just called the "New World" between us?

And let us remember that in deepening our relationship with the Holy One as study partners and companions, our own interrelationship will be blessed with wholeness, with divine shalom. Let us continue together on our new and sacred journey!