The Faith-Justice Institute explores contemporary issues of faith and justice through academic courses, public forums and experiential field seminars. These initiatives seek to critically analyze the sources of and reasons for injustice and to actively fashion more just communities at local, national and international levels. Such efforts should be rooted in a spirituality that takes seriously the world as it unjustly exists and that fosters hope and commitment to keep working to reshape that world in the light of Gospel values.

The Faith-Justice Institute was founded in 1977. It serves the University as a center that promotes social analysis and critical thought around faith and justice issues. The Institute seeks to foster a culture of “Christian justice” which permeates the academic endeavors of our community and which will significantly influence “the way in which a group of people live, think, feel, organize themselves, celebrate, and share life” (GC 34, Decree 4- “Our Mission and Culture”). Such a culture encourages a serious consideration of problems and their solutions from the standpoint of a faith-filled concern for justice. It also challenges its members to work for the “justice of God’s kingdom” in their personal and professional lives, as well as in their social, cultural and political activities. 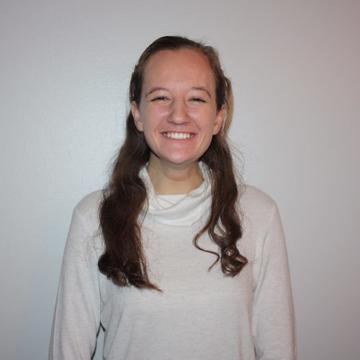 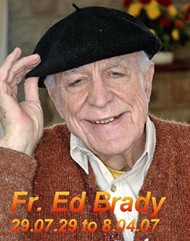 Ed Brady, SJ was born in New Orleans, LA, graduated from St. Charles College and entered the Jesuit Novitiate in the New Orleans Province. Fr. Brady was ordained to the priesthood in 1959, professed his final vows to the Society of Jesus in 1963, and came to Saint Joseph's University in 1969.

From 1970 to 1976, Fr. Brady served as Director of the Peace Studies Center. In 1977, he became the founding director of The Faith-Justice Institute. In 1979, he left Hawk Hill to direct the Bread for the World Education Fund. He became director of the Catholic Office for Emergency Relief in Thailand (1981-1985) and then was Education Coordinator for the UN High Commission for Refugees (1985-2000). From 2000-2007, Fr. Brady served as Spiritual Director at St. Paul's Seminary in Nairobi, Kenya.

Ed Brady, SJ passed away in 2007. At the celebration of the 30th year of its creation, The Faith-Justice Institute initiated an annual faculty award, the Ed Brady, SJ Faith in Action Service Award to honor the memory of its founding member. 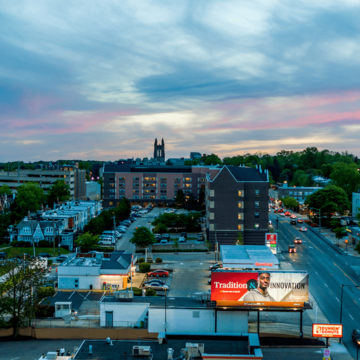 Meet the staff and advisory board that makes up the Faith-Justice Institute team at Saint Joseph's University along with contact information. 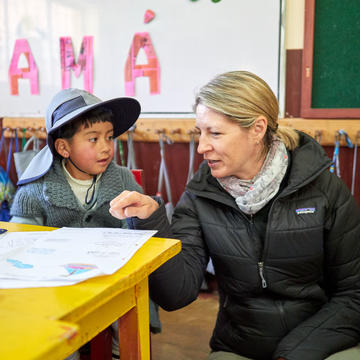 Facilitated by the Maryland and Bolivian Provinces of the Society of Jesus, Saint Joseph’s University began a partnership with Fe y Alegria:Bolivia in 2001. 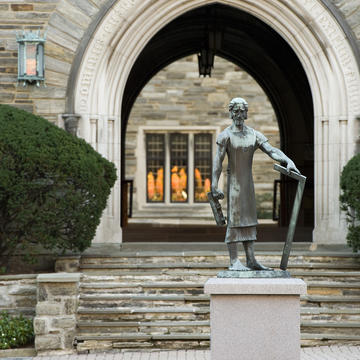 If you have any question or would like to get involved with the Faith-Justice Institute, please reach out to us via our online contact form.