First-Year Student Attends Class from His Home in Nicaragua 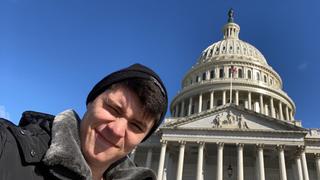 When the COVID-19 pandemic hit the country of Nicaragua, Javier Arana ’24 feared that he would be unable to attend Saint Joseph’s for his freshman fall semester; all flights out of Nicaragua had been canceled. But when the University announced they would be offering classes in a variety of formats including online instruction, Arana was relieved to learn he would still be able to attend St. Joe’s from his home in Nicaragua.

“My intention was always to be on campus,” Arana explains. It was one of the reasons he decided on St. Joe’s. “I liked the campus, and I was impressed with their academics. And the school’s values aligned with my family’s.”

Arana grew up in Nicaragua and attended a bilingual high school where he learned English. It was there that he first heard about St. Joe’s, when a representative from the University came to a college fair at his school.

“I met with the representative, and we talked a lot about St. Joe’s business program. I was really interested in marketing at the time, so the school stayed on my radar when I was looking at colleges.”

Most of the universities he was considering were in the U.S. “I’d been to the United States a few times, but I wanted to go to a place I didn’t know.” He says he’d been to Miami, New York City, and Washington, D.C. — all during the summer months. “I wanted to get to experience all four seasons,” he says.

Although the business intelligence and analytics major has yet to set foot on campus, he has been able to meet his classmates and professors virtually. A few of his classes are fully online, and two are hybrid — where half of the class is in-person while the other half is on Zoom, with the groups switching every other day. Arana is on Zoom full-time. Some of his classes are asynchronous, which means he meets with his teacher and does work apart from class, later meeting up with the rest of his classmates for Zoom sessions.

Through these interactions, Arana has experienced a few cultural surprises, such as netiquette, or the acceptable way of communicating on the internet.

“Nicaragua is a very conservative country,” Arana explains. “Everyone knows everyone, so when you go out, you have to dress up and look nice. For my first day of class, I was dressed up and made myself look nice, and then I saw people in their hoodies and in their beds. It was a culture shock! It made me think maybe I didn’t have to try so hard.”

Daylight saving time was also an unpleasant surprise. Nicaragua is two hours behind Philadelphia, but after the clocks switched back, it was only one hour behind the U.S. “I got into the Zoom room an hour early, and no one else was there!”

“That was one of the things I signed up for when I decided on St. Joe’s – the community.”

Despite these differences, Arana has been able to look on the bright side. “School gives me something to do, and gets me into a schedule.” He encourages the use of mask-wearing, but also admits that it’s nice to not have to wear a mask because he is in his own home. “And at home, I get to have my mother’s cooking,” he adds.

Arana was also able to join St. Joe’s debate team, although the experience was very different than he anticipated. “The club at St. Joe’s is more about speech than debate, which made me a bit apprehensive. The debate teams I was used to were more about presenting an argument to represent your group or your country. But at St. Joe’s we are given a quote, and then have two minutes to prepare a five-minute speech,” he says.

The idea was so intimidating that he almost quit, even though he had been awarded a debate scholarship. But the support of his teammates convinced him to push through his fear. “I ended up participating in the tournament, and ended up having a good first time. I didn’t win an amazing prize, but I didn’t have bad rankings either.”

His teachers have also been encouraging and kind. “We had a hurricane in Nicaragua earlier this month,” he says, referencing Hurricane Iota, which swept through northern Nicaragua. Thankfully, Arana and his town were not hit, but he says many of his professors reached out to him to make sure that he was alright, and that he would still be able to join their classes.

“That was one of the things I signed up for when I decided on St. Joe’s: the community. Everyone cares for you no matter where you are in the world.” 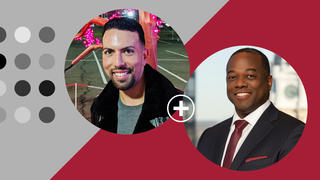 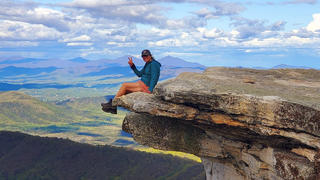 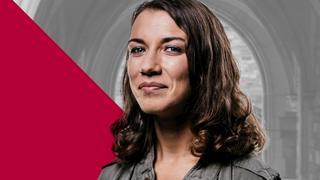