Gail Benner, current Director of PR and Media, has been appointed to serve as the Interim Chief Marketing and Communications Officer while the University conducts a national search for Marie Williams’ successor. She will lead the team responsible for the University’s brand image and creative direction, marketing and advertising initiatives, public relations, social media, digital presence and internal communications.

Benner joined Saint Joseph’s in August of 2018 and has led the development of public relations and social media programs since her arrival. She leads crisis communications and issues management response including the University’s COVID-19 communication. Prior to joining the University, she led a team responsible for media relations and had significant responsibilities within executive thought leadership and executive positioning at Thomas Jefferson University and Jefferson Health during a period of numerous integrations. Prior to Jefferson, she served the nation’s Veterans at VA medical centers through public affairs, community relations and volunteer management.

“I’m pleased that Gail has agreed to serve as the Interim Chief Marketing and Communications Officer while the University conducts a national search for Marie Williams’ successor,” said President Reed. “I’m confident that her experience and talent, along with her collegial approach, will enable her to successfully lead the strong team that is in place.”

Benner, who earned a bachelor’s in English and communications from Cabrini College and a master’s in public communication from American University, will assume the interim role effective immediately.

“My sincere thanks to Marie Williams for her excellent work over the last three years,” said Dr. Reed. “And, I know the campus community will join me in supporting Gail and the marcomm team during this transition over the next few months.” 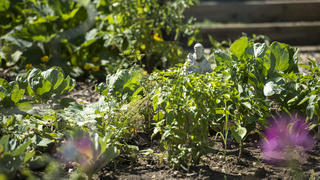 The Institute for Environmental Stewardship (IES) aims to promote socially, economically and ethically responsible environmental practices at the University and throughout the region. 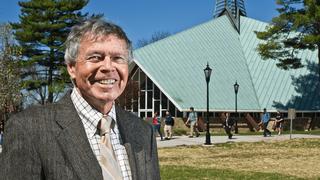 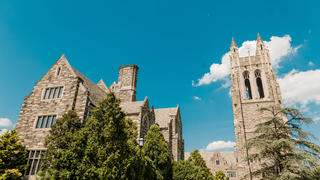