Many people’s experience with organ donation is limited to checking a box when getting a driver’s license. Without formal education in what it means (or doesn’t mean) to be an organ donor, many people misunderstand their obligation — or fall prey to rumors that drive them away from donation.

This is a problem Kayla Flanders, a freshman chemical biology major and organ donation advocate, is hoping to fix.

“When talking to people about organ donation, I found there were a lot of common misconceptions. For example, it’s relatively common for high school students to believe if they’re an organ donor, paramedics would be less likely to save them in an accident,” Flanders says. “This is very false. I want to help ensure organ donation is portrayed in its true light.”

Flanders first became interested in organ donation after attending a leadership conference with the New Jersey Sharing Network her sophomore year of high school. “At the conference, they were talking about organ donation,” she says. “I had taken driver’s education, but knew nothing about the topic. I knew I wanted to help combat the minimization of donation. It saves so many lives, but large groups of high school students aren’t exposed to that.”

To see how she could get involved, Flanders reached out to the NJ Sharing Network. With the organization’s help, Flanders started working with driver’s education programs to bring presentations and videos to their classes.

Flanders entered Saint Joseph’s as a member of the John P. McNulty Scholars program, which provides merit-based scholarships and mentoring for highly qualified young women who are pursuing a degree in one of the natural sciences, mathematics or computer science. For her work raising awareness about organ donation, she is also the recipient of the Missy’s Miracle Scholarship, a program of the NJ Sharing Network Foundation and funded by Missy Rodriguez, who started the scholarship 30 years after becoming the first ever successful 10 year old to have a liver transplant.

"I wanted to help combat the minimization of donation. It saves so many lives, but large groups of high school students aren’t exposed to that"

This semester, Flanders is researching hemeproteins, oxygen-carrying proteins found in blood and muscle. She hopes to apply this research to other research about how oxygen levels impact the success rate of organ donation transplants. “Oxygen is such an important part of organ donation transplant,” Flanders explains. “In the lab, we run experiments or analyze data. We’re looking to see if the protein is working better in a particular situation, or if something happens that we weren’t expecting and how that might relate to the whole picture.”

However, Flanders is still exploring her options for her future. “I’ve been giving my future a lot of thought, and so far, it’s aligned perfectly in ways I hadn’t expected. I really want to become as educated as possible and discover what is really true about organ donation. A lot of research is done, but so much is ethical-based discussion. I hope to at least provide greater scientific clarity to the issue,” she says. 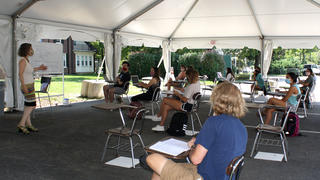 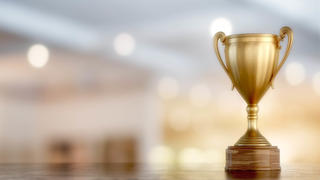 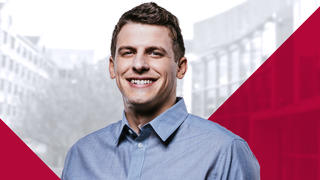