For most students, travel in November usually means a visit to see family, and perhaps to take a break from academic pursuits.

A trip that Odir Duenas ’20 recently took brought him home in a completely different way.

Duenas, a chemical biology major whose parents immigrated to Los Angeles from El Salvador, was one of three Saint Joseph’s students to travel to the country to commemorate the 30th anniversary of the martyrdom of six Jesuit priests, their housekeeper and her daughter at Universidad Centroamericana (UCA) during the Salvadoran Civil War. The priests were killed because they spoke out against the government, advocated for the poor and advocated for a negotiated peace. The murders put an international spotlight on the conflict and are seen as one of the factors that led to the end of the war.

Duenas says that the trip, which was sponsored by the Faith-Justice Institute, was a chance for him to connect with his family history.

“My family was involved with both sides of the war, and though I’ve visited before, I felt a responsibility to learn even more context of how everything happened and how it’s shaped the country,” he said. “I also saw this as an opportunity to exchange my knowledge of El Salvador with my classmates and my knowledge of the United States with UCA students.”

Among the ideas shared during the trip was a lesson on how students from UCA — a Jesuit institution with the same values as Saint Joseph’s — approach the Ignatian principle of being “men and women with and for others.”

As part of their education at UCA, students travel to meet with disadvantaged families in “praxis communities,” similar to what Saint Joseph’s knows as service-learning sites, several times a week. The students accompany people at the praxis site throughout their day, learning firsthand how they live. They can ask questions about how poverty affects the families, and share what they learn with students serving at other sites. Duenas says that the approach challenges the concept of service.

“It can be very easy for people to serve in the same way a restaurant serves: You come into another community, hand something over to them to help them, and leave,” he says. “I don't say serve. I say stand with those who want help. And don’t stand by just going and being outspoken about the change you want to see. I'm talking about immersing yourself in the conflict and making the change.”

Duenas was joined on the trip by Richard Gioioso, Ph.D., director of the Latin American and Latinx studies program; Brendan Lally, S.J., rector of SJU’s Jesuit community; Peter Clark, S.J., director of the Institute for Clinical Bioethics; campus minister Bill Rickle, S.J.; Maddelyn Guerke ’21, an international relations and Spanish double major; and Michael Fontana ’20, a biology major. Fontana says that the experience at the praxis communities left him with feelings similar to Duenas.

“There’s a saying I heard several times that says you should ‘be where your feet are,’” Fontana recalls. “You need to be fully present when you stand with others. You can’t be doing it for yourself. I saw a deep sense of mutuality in the relationship between the UCA students and their counterparts at the praxis communities.”

Guerke explains that the mutuality can kickstart a chain of action.

“These relationships are visibly empowering to both parties, and it was described by each student and community member as one of familial love,” she said. “Students are able to better understand the reality of millions of people in their country, and feel empowered to improve it.”

Mark C. Reed, Ed.D., president of Saint Joseph’s University, has made the pilgrimage in the past and made similar trips to Ecuador and Mexico. He says that, while being “with” and being “for” others aren’t mutually exclusive choices, the “with” that the student delegation experienced also contributes to the impact of visiting the site of the martyrdom.

“Allowing yourself to be fully engaged with the community around you leaves you deeply affected as you stand in the places where the six Jesuits and two women were murdered and the beautiful garden that remains in tribute to them,” he says. “It is among the most powerful and grace-filled experiences I have had in my life.”

Each of the students echoed Dr. Reed’s thoughts. Fontana says that the visit to the site of the martyrdom, and a trip to the church where St. Oscar Romero was assassinated, left him deeply moved.

“It truly felt like we were standing on holy ground,” Fontana says.

"It is not charitable acts alone that promote justice. It is listening, being present, and seeking to understand — things I hope to now bring to service and relationships."

The trip also served as a chance for Duenas and Fontana, both fellows in the Institute of Clinical Bioethics, to share their knowledge with the Salvadoran community. El Salvador is one of the most water-deficient countries in Latin America, and finding clean water is difficult. Duenas and Fontana, with Fr. Clark, hosted a workshop on their slow-sand water filter, teaching Salvadorans the design and how it can provide them with drinkable water.

Duenas says that the workshop gave him a sense of the impact the Institute could have.

Where Duenas saw possibilities to bring the Institute’s work to his family’s home country, Guerke found passion she could bring back to hers.

“While reflecting in El Salvador and since I returned home, I have come to realize that it is not charitable acts alone that promote justice,” she says. “It is listening, being present, and seeking to understand — things I hope to now bring to service and relationships, and to generate justice for both the United States and El Salvador.” 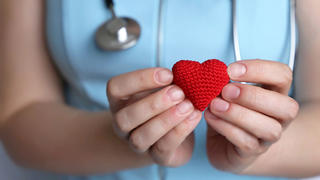 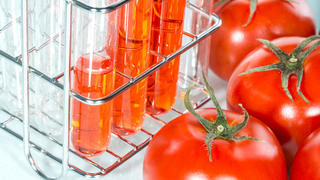 A Creative Recipe for Hands-on Learning During Physical Distancing 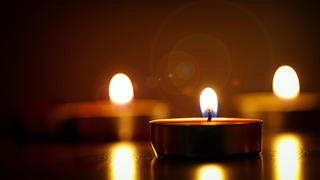 Nathan Vrabel ’20 has found an innovative way to stay connected during this time of enforced separation: His Instagram account, @Candlelightconvos