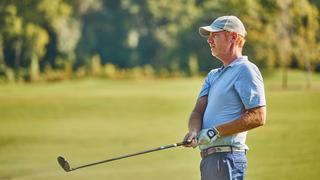 But that’s exactly what Coyne set out to do in mid-2018. Taking a leave from his typical classroom activities, where he mentors students in their own writing endeavors, Coyne embarked on an odyssey to golf in all 50 U.S. states. An ambitious and perhaps unreasonable journey, but as Coyne puts it, “If it’s easy, it’s not a story.”

His new book,  “A Course Called America,” which encapsulates the tales of his golfing adventures across the country, has reached the New York Times Bestseller Nonfiction List, is #8 in the Wall Street Journal and is a top seller in Barnes & Noble.

It’s also the third in a series of books where he embarks on wild golfing expeditions. In “A Course Called Ireland” Coyne treks the perimeter of Ireland on foot to play all the coastal golf courses of the country. “A Course Called Scotland” recounts his journey playing over 100 Scottish links courses to prepare to qualify for the Open Championship.

After writing these books, Coyne realized he knew far less about golf in his own country than he did of the British Isles. He set out to search for the great American golf course, but perhaps more importantly, to find out what it means to be American.

In the classroom, Coyne sits among his students in a circle of desks, urging them to call him “Tom” and to text him with any questions they might have. He teaches Creative Writing, Screenwriting, and Running to Write, a course that challenges students to train for a race and use that as creative “juice” for their writing. For him, creativity comes from experiences.

“That's really the only way I know how to teach,” says Coyne, who has taken leaves to work on his own writing during his tenure at St. Joe’s. “I’m teaching people how to write, how to get published, how to find their voice in a very noisy world. And I'm a lot better at teaching that when I'm doing it myself. I think that's why the department and the University are so supportive of all of the faculty doing their research.”

As Coyne traveled across the country, playing golf course after golf course, he recognized the vastness of the United States, at times feeling like he was a tourist in his own country. Coyne would post on social media and found strangers come together, often in remote areas, to play a round of golf.

As Americans, we are a lot more similar than I thought we were when I set out.

“In the case of this book they were bonded by a love of golf, but as Americans we are a lot more similar than I thought we were when I set out,” Coyne says. “I’m out there traveling and I’m not watching the news or listening to politics and I’m just interacting with people as they go about their day — a cross word was never said. And that’s pretty cool.”

The Rez golf course in the Navajo Nation is one that stands out for Coyne. It was built by tribal elders with desert fairways and greens crafted from dried mud.

“It's an absolute blast to play and the setting is like nowhere I’ve ever been in my life,” Coyne says. “And I’ve never been treated more beautifully by anyone at a golf course, either.”

Unlike in Scotland and Ireland, one of the challenges Coyne faced in the U.S. was the number of private courses that often are inaccessible to someone without a membership or an invitation. Coyne, an advocate for accessible golf, had to “beg” his way into certain courses. In his book he writes about his qualms with the gatekeeping of golf through country club fences in the U.S.

For some, Coyne is seen as a champion of a new wave of golfers who worry less about the rounds played or the country club memberships and more about the things that don’t show up on those metrics — using golf as a vehicle for adventure and fun.

The next adventure is always percolating in Coyne’s mind. He’s joining The Golfer’s Journal as the senior editor and is excited by the prospect of potentially helping to design golf courses.

“But I also want to write another book,” Coyne says, “which I can't say what it is, but I can tell you that it's going to involve a lot less travel than playing all of America.” 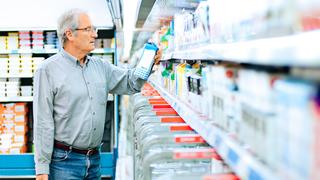 Shoppers are inundated with choices at the grocery store, but what ultimately causes them to make a purchase? Professor of Food Marketing John Stanton, Ph.D., and alumna Ekaterina Salnikova, Ph.D., ’14 (M.S.) conducted a study to determine what language causes milk drinkers to put cartons in carts. Their findings were published in the British Food Journal. 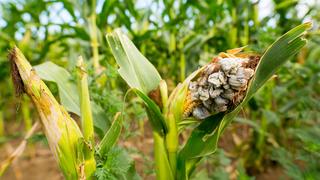 Cracking the Code on Corn Smut

Research on Ustilago maydis, a biotrophic pathogen that infects corn, could have implications for understanding and preventing other plant and human disease, a new study finds. 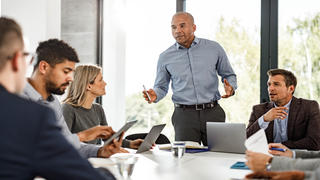 5 Key Takeaways After 20 Years of Sarbanes-Oxley

Since 2002, The Sarbanes-Oxley Act, or SOX, has increased auditing and financial regulations for public companies. Recently, Saint Joseph’s Erivan K. Haub School of Business’s accounting department, in partnership with the Pedro Arrupe, S.J., Center for Business Ethics, hosted a panel of renowned business experts and alumni who discussed the impact SOX has had on the financial world.