A new study co-authored by a Saint Joseph’s professor and three alumni, who worked on the project as students, finds that teenagers are more likely to approve of disobedience when they believe the rules are being unfairly applied based on gender. 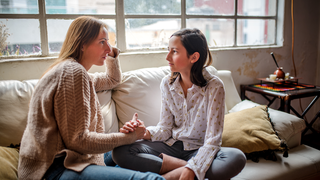 Key Points to the Article

The battle of wills between teenagers and adults in positions of authority is a pop culture touchstone, from rock anthems to John Hughes movies. A newly published research paper by a group of Saint Joseph’s alumni and faculty mentor Clare Conry-Murray, Ph.D., associate professor of psychology, aims to add some context to those conflicts. The paper, “Resistance to Gender-Based Rules: Development in Adolescence,” co-authored with Victoria Perko ’16 ’18 (M.S.), Justin Kaluza ’18 (M.S.) and Kendra O’Donnell ’18 (M.S.), finds that teenagers are more likely to approve of disobedience or lying when they believe the rules are being unfairly applied based on gender.

In the study, a group of 89 adolescents, teenagers and young adults were asked to judge situations where parents objected to a child participating in a particular activity either because it “wasn’t for boys,” “wasn’t for girls,” or because there was a schedule-related concern. Participants said disobedience or lying about participating in the activity was more acceptable when parents said no due to gender. In addition, adolescents were less likely to support lying or disobedience than teenagers or young adults.

An edited transcript of the conversation follows.

What are the key findings of your research?

Kendra O’Donnell: Children find rules based on gender to be morally wrong. They feel the child should be free to choose what activities they wish to engage in regardless of gender.

Clare Conry-Murray, Ph.D.: Some theories suggest that children just listen to parents and copy their morals. This study shows that people are also critical of authorities, even parents, especially when parents are unfair.

What role did gender play in the outcomes?

Conry-Murray: Gender bias played a significant role, but there were no gender differences [in response] based on participant gender. Participants were fine with parents restricting clubs based on a schedule conflict. They only advocated lying and disobedience when the parent restricted clubs based on sexism, in other words saying an activity was only for boys, or only for girls.

Did anything surprise you about the findings?

O’Donnell: Not really. I thought it was possible children would be more supportive of enforcing rules for boys engaging in female activities than for females engaging in male activities, but was not surprised this didn’t surface.

Conry-Murray: I was not sure if we would find age differences. However, it makes sense that older adolescents are more independent in their thinking and more autonomous in their judgments.

What is the relevance of your findings for our society today?

Conry-Murray: I think it’s important that people challenge injustice when they encounter it. Our research showed that adolescents do not believe in blindly following authority, and they do not accept gender-biased rules.

Who were the other team members on the project?

Conry-Murray: [Perko] came up with the concept during her junior year. She decided to switch to [the master's program in] behavioral therapy, but while she was a senior, she designed an incredible study and she stayed in touch right through the publication process.

It is unusual for a first author to get a publication after designing the study and leaving, but this was such an excellent design that we all agreed that it was important to do the study even if we had to continue without her.

O’Donnell: At that point, my lab partner Justin Kaluza and I began our master’s program. Dr. Conry-Murray asked us if we would like to take on finishing [Perko’s] project in addition to our own thesis projects. We agreed and worked together on all aspects of the data collection and analysis.

How do research projects such as this benefit students?

Conry-Murray: Students become better consumers of research by going through the research process. And it can really help them get into graduate program to have research presentations and publications.

Has your research experience as a student helped you in your career?

O’Donnell: Immediately after graduation, I found a job in pharmaceutical market research and learned about how research is conducted in the business world. Without the research experience, it would have been unlikely for me to be hired for this role.

What is the significance of having research accepted for publication?

Conry-Murray: It is a great accomplishment to publish in a prestigious, peer-reviewed journal.  The fact that three of the four authors are students and that [Perko] designed this study primarily during her senior year in college is incredibly impressive.

What was it like to learn that your research was accepted?

O’Donnell: It was very exciting. Justin and I took on this additional project without any guarantee this would happen, so it is very rewarding to see that our extra effort pay off. 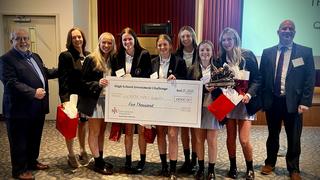 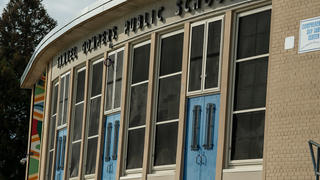 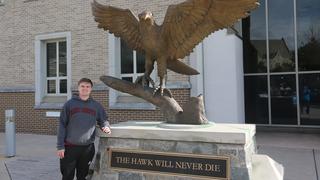