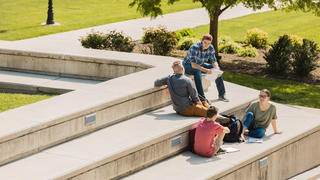 Saint Joseph’s advanced two spots in U.S. News & World Report’s 2021 “Best Colleges” rankings, rising to No. 8 in the Regional Universities North category, which includes 176 institutions. This is the second consecutive year the University has been ranked in the top 10 in its category by U.S. News, a recognized leader in college rankings.

“The newly released U.S. News rankings and other national rankings further solidify Saint Joseph’s University as a leader in academic excellence, all while preparing students for purposeful lives in the ever-changing world,” says University President Mark C. Reed, Ed.D. “The exceptional talent of our faculty, staff and students is reflected in our ranking.”

The improvement from last year’s rankings is partially credited to a higher peer assessment score, which carries 20% of the overall ranking weight. The University’s enrollment strategy has focused on increasing academic quality and the diversity of our student body in recent years.

Saint Joseph’s was also listed among the universities with top undergraduate business programs and appeared on a number of other U.S. News rankings including:

In addition to U.S. News & World Report’s “Best Colleges” rankings, Saint Joseph’s has been named to the Princeton Review’s annual list of the 386 best colleges for the fourth year in a row, placing it among the roughly 13% of four-year U.S. colleges to be profiled in the 2021 guide for prospective undergraduate students. The ranking is based on data collected from the different schools and also from annual surveys of students, who rate and report on various aspects of their college experiences. In this year’s survey, students praised the “sense of community” they felt on campus among their peers and with faculty, and Hawk Hill’s easy access to arts, culture and activities in Philadelphia.

Once again, Saint Joseph’s has been named to the Wall Street Journal/Times Higher Education College Rankings, continuing to outpace many colleges and universities in the nation.

The University has also been recognized by Money magazine’s “Best College for Your Money” list and multiple “2021 Best Colleges” lists by college search site Niche. 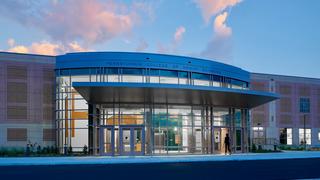 The merger will expand both Saint Joseph’s geographic reach beyond Philadelphia and its academic portfolio with more than 20 nursing and allied health programs ranging from certificates through the doctoral level. 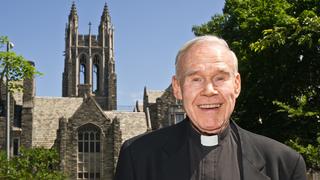 In 1971, Joseph J. Feeney, S.J., stepped foot on Hawk Hill — and never left. Saint Joseph’s mourns the loss of Fr. Feeney, professor emeritus of English, who shared his zeal for learning with the University for over 45 years. 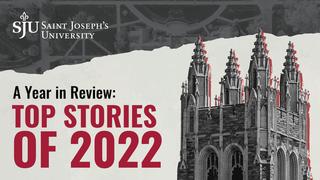 Take a look back at Saint Joseph’s most-read news stories this year, as determined by you, our readers.