Tyler Boland ’26 is determined to keep veteran stories alive — so determined that he has traveled to 21 different cities and recorded nearly 100 different interviews with World War II veterans — and he’s just getting started.

Tyler Boland ’26 has always considered himself a history buff, especially when it came to war history. He loved to learn about the civil war and military strategies — battles and armies and weaponry. But when he realized his own great grandfather’s experience in World War II remained somewhat of a family mystery, he set out on a discovery mission.

“When I was old enough, my grandma showed me all his old stuff,” recalls Boland. “He was in the first Marines division but no one in my family really knew anything he did during the war.”

Boland began immersing himself in World War II history, researching all the different aspects of its military history and timeline. He found out that his great grandfather was stationed in the South Pacific, fought in the battles of Peleliu and Okinawa, rode boats and invaded islands with his team of marines.

In ninth grade, Boland was thrilled when his school scheduled a visit with a World War II veteran who was coming to share his story and experiences, but the event was canceled suddenly when the speaker passed away.

That’s when it occurred to Boland — he would never hear that story and, as a society, we are at risk of losing all these veterans’ stories if someone doesn’t collect them quickly.

If I can meet with these vets, record their stories and give their families something to hold onto — I can make sure someone isn’t left wondering what happened to their grandpa.

“There were 16 million servicemen in World War II,” says Boland. “There are only about 150,000 left — around two percent. As these men pass, we’re losing about 280 stories a week. So, if I can meet with these vets, record their stories and give their families something to hold onto — I can make sure someone isn’t left wondering what happened to their grandpa.”

Boland set to work, reaching out to former servicemen associated with veteran groups and in nursing homes. He would set up his father’s old video equipment and talk one-on-one with each veteran, giving them all the time they needed to share their memories.

“Sometimes I’m the first person to ever hear their stories,” Boland explains. “It isn’t easy to recall these moments in war — some of these guys were Holocaust liberators, withstood kamikaze attacks, and I can’t even imagine what they saw — but I think they’re at a point now where they realize it’s time to tell someone what happened to them.”

Along his journey, Boland has uncovered some incredible stories of bravery, strength and tragedy. He even discovered a veteran who drove a Higgins boat for his own great grandfather.

The vets refer to Boland as “That World War II Kid,” and sometimes they call him “Hollywood.” They put their trust in him to tell their stories the way they want them told. And Boland isn’t just there to grab a story and run — he forges unique relationships with these vets and finds ways to bring them joy. He takes them for rides in his uncle’s 1943 Jeep, which was used in the war, and spends time learning more about the slang they use and the world they came up in.

“I was at dinner the other night with a vet I’ve become very close with and he called our waitress a ‘dish,’” recalls Boland. “I had no idea what that meant but I found out it means she’s a good looking lady. All that old terminology really fascinates me.”

Boland is making this 1940s slang the focus of his first-year linguistics project — comparing the slang terms used by Saint Joseph’s current ROTC students with those terms used back in the 1940s by World War II veterans.

“It’s essentially the same idea as my interview project,” explains Boland. “These slang terms are evaporating from our social consciousness because everyone who used them isn’t around anymore. I’m trying to get a record of them — figure out how they compare to current slang used in the military and make sure they aren’t forgotten.”

Boland plans to edit his interviews and send them to the Library of Congress for archiving, but for now, he’s more focused on collecting the stories than refining them.

“I don’t want to miss any stories while I’m polishing the others up,” explains Boland. “I feel like there’s a bit of a time crunch here and I owe it to these guys to get their memories and their stories on record.”

If you are or know a World War II veteran who would be willing to participate in Boland’s project, you can contact him at Keeping History Alive on Facebook. 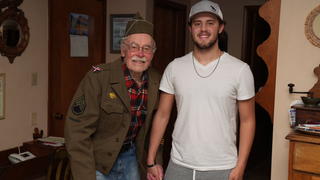 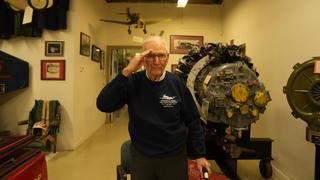 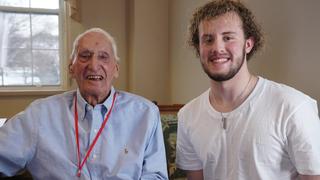 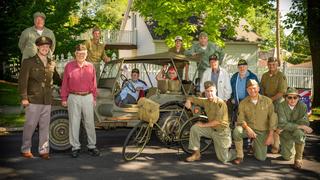 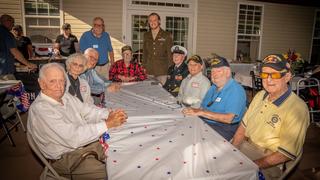 In 1942, Reifsnyder was drafted into the Army's 80th division under General George S. Patton's 3rd Army. He was in the 319th Infantry Regiment, 3rd Platoon, Headquarters Company. He fought in many European battles, including the Battle of the Bulge. S.Sgt Reifsnyder was also a liberator at Buchenwald Concentration Camp.

Kiniry was a medic at the Battle of the Bulge and other European battles. He also treated prisoners at Buchenwald concentration camp after its liberation. He served in the 45th Evacuation Hospital attached to the 1st army and then the 3rd Army from 1942-1945.

Dantonio was a contracted professional baseball player before the war in 1941 for the Hagerstown Owls, a B-league, interstate team franchised by the Chicago Cubs. Dantonio signed up and started practicing in the spring league, but was drafted for World War II before getting a chance to play a single game.

He served in the U.S. Army Air Corps in June of 1942 and was assigned as a B24 “liberator” gunner. He was in the 15th Air Force Group under Commander-Major General Nathan F. Twining. He flew around 20 missions over Germany and also into Romanian oil fields in Ploesti. After the war, he returned home and to the Hagerstown Owls to play left field!

Boland brings his family's authentic 1940's World War II Jeep to different events where veterans can take turns riding along for the first time in many decades. Here, Boland is pictured with a group of veterans at a Fourth of July parade. 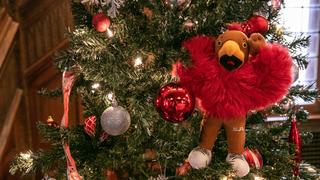 Clear eyes, full carts, let’s shop! Leave the stress of holiday shopping behind and check out this listicle of our favorite Hawk-inspired gifts. 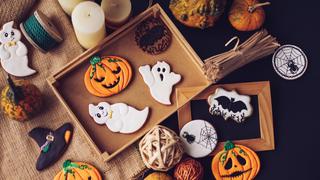 Philadelphia Frights and Festivities to Get You into the Season 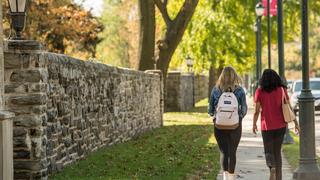