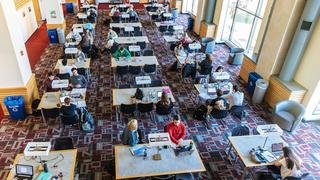 Saint Joseph’s University climbed U.S. News & World Report’s 2020 “Best Colleges” rankings, one of the first and most widely used sources of information for prospective college students and their families. The University now ranks among the top 10 in its Regional Universities North category, which includes 170 institutions.

“Our trajectory on the U.S. News Best Colleges rankings and other national rankings is a testament to the total experience we offer: excellent faculty, in-demand programs, industry connections and return on investment,” says University President Mark C. Reed, Ed.D. “The collective efforts of our faculty and staff, coupled with a very intentional shift in our enrollment strategy and the ever-increasing richness of our programmatic offerings, have landed us in a favorable position.”

Over the past five years, the academic distinction of Saint Joseph’s University students has continued to strengthen, evidenced by increased average standardized test scores and the percentage of admitted students enrolled in high school AP and honors classes. During this time period, Saint Joseph’s has become increasingly selective, with a 10-percentage point decline in the admit rate.

The University appeared on a number of U.S. News rankings: 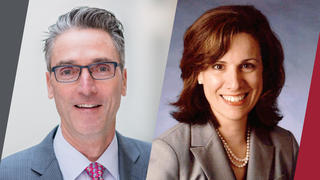