Editor’s note: This year, 76 Hawks are participating in the Summer Scholars Program, which allows students to engage in faculty-mentored research, creative writing, the fine and the performing arts, and other scholarly endeavors during the summer months. Throughout the summer, the SJU news team will highlight some of the projects.

In 1995, Saint Joseph’s University acquired about 30 pieces of pre-Colombian Latin American pottery. For the last 24 years, those pieces have been sitting in the basement of the Francis A. Drexel Library.

Collin Petersen, a junior philosophy major, is hoping to make sure these pieces are properly explored with his Summer Scholars research project.

Petersen’s major may make him seem an unlikely student for an art-focused Summer Scholars project. However, with his Spanish and Art History minors, Latin American art is actually the perfect outlet for Petersen to explore his diverse interests.

“It was kind of a match made in heaven,” says Petersen about the project. “Art history has always been an interest for me, ever since taking a class my senior year of high school. No philosophy professors were working on the program this summer, so it seemed like a great chance to explore something else. Once I found this project, I thought it was a very unique opportunity where I can take the whole summer and really dive into something that I’m very interested in.”

“The Summer Scholars program is a great opportunity for students to take the reins and decide what they’re really interested in,” says Emily Hage, Ph.D., associate professor of art history and Petersen’s mentor on the project. “Collin has an interest in Latin America, Spanish skills and a background in art history. He can use them all.”

To get started with his Summer Scholars project, Petersen connected with Christopher Dixon, the University’s archival research librarian, and Carmen Croce, director of Saint Joseph’s University Press. “Before summer began, I started looking at resources at the library and found some good museum catalogs about similar exhibitions,” says Petersen. “This gave me an idea of where to go next. Croce also gave me a few books with similar pieces.”

Petersen explains that not a lot is known about the pieces given to the University. “They are still being researched on a grand scale,” he says. “We don’t have every bit of information about them.”

However, he hopes his Summer Scholars research will change that. At the end of the project, Petersen wants to create an online exhibition of the pieces containing more information about them. He hopes this will be a strong resource for not only art history professors and students at SJU, but in the Philadelphia area and even around the world.

“SJU’s art collection is impressive. People come from around the world to see it,” Hage says. “It’s under-researched, so an online exhibition will be really valuable because people worldwide will be able to connect. It might even spur a visit to SJU.”

Petersen and Hage also hope to create a physical exhibition of the pottery pieces somewhere on campus. “It’d be really nice to see the things I’ve been working with in one place, presented the way they deserve to be,” Petersen says. 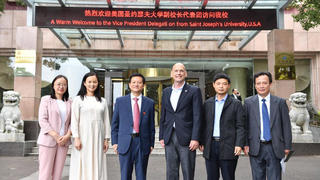 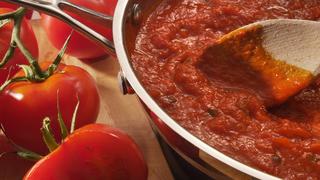 Pomi, an Italian tomato sauce company, asked Saint Joseph’s food marketing students to strategize the launch of their product into U.S. markets. Our Hawks did not disappoint. 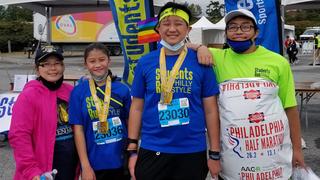 Adult learners earn up to $4,000 through the Charlotte Newcombe scholarship each year. Ekawati Phiong ’22, mother of three, full-time city employee and business student is one of them.