The Business of Science

When scientists have a business background, innovation flourishes and drives society forward. 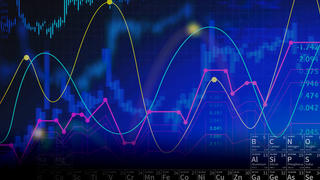 At the foundation of business and science is innovation: a desire to bring new ideas, products or processes to market to better our world. While curiosity drives science and need drives business, together, the two fields can revolutionize drug therapies, transform healthcare and harness the latest scientific discoveries, all while being mindful of growth opportunities and profit margins, and keeping both society and investors’ best interests in mind.

Following Saint Joseph’s integration with the University of the Sciences, the opportunities to capitalize on the intersection of these two fields are more abundant than ever. Two alumni, John P. (Jay) Borneman, PhD, and Catherine Croke, DBA, have already earned degrees from each of these institutions; their professional success is a testament to the multitude of possibilities of Saint Joseph’s today.

But instead of going right to pharmacy school at the University of the Sciences (as his father and grandfather had), Borneman took a slightly different path, gaining both chemistry and business acumen on his way to becoming an entrepreneur.

He earned three degrees from Saint Joseph's (and was one of multiple people in his family to graduate from the University, including his wife, Anne Marie Borneman ’08 (EdD)): his bachelor’s degree in 1980, an MS in chemistry in 1983 and an MBA in 1987. That same year, he joined the Standard Homeopathic Company and its subsidiary Hyland’s Inc., where he served as CEO until he retired last year (he still serves as chairman).

He credits his education and expertise in business and chemistry as a driving factor in that success, both for himself and for Hyland’s.

“For every five PhDs, you need an engineer,” he says. “The thread between the two is entrepreneurship. If you understand both, you’re connecting the dots all the time.”

The recent integration of Saint Joseph’s University and the University of Sciences capitalizes on the institutions’ respective strengths, and will make it easier for scientists with an interest in business to gain that knowledge for the betterment of their careers and the discoveries they’ll shepherd into the world.

The confluence of business and science is ... driving the region’s and the country’s economy, and will make a better world for all of us.”

“We want our scientists to know how to live and work in that space, whether they partner with businesses or become the business-scientist expert themselves,” says Joseph A. DiAngelo, EdD ’70, dean of the Haub School of Business. “The innovations that come out of these dually trained experts are already changing the world. By offering more scientists opportunities to have a business education, we’ll be driving innovation forward.”

In the Greater Philadelphia area, 41% of the region’s jobs are supported by “meds & eds” and nearly every major pharmaceutical company has operations in Philadelphia or nearby suburbs. DiAngelo points to newer companies like Jazz Pharmaceuticals, which focuses on cannabinoid science to create new treatment options for serious diseases, and Sparks Therapeutics, a company that develops gene therapies, setting up bases in Philadelphia as proof of the city’s position as an international science hub. There’s a need to train the future professionals in those industries with business in mind, he explains.

Whether we like it or not, scientists need to understand business. Pure academics may have a great idea, but a scientist with business know-how is going to ask ‘how are we going to fund the idea’ and figure out how to make it happen,” adds Sinclair Smith, ScD, dean of the School of Health Professions. “For a scientist to bring an idea to market, understanding how to communicate with the business world is critical. The best person to pitch an idea and bring it to market is the person who developed it. If we can provide that business background to scientists, they can be the best advocates for advances that could change the world.”

Scientists are also bringing their expertise to public and private companies to help them sharpen their offerings and drive innovation from within, whether that’s pharmacists working for insurance companies, food scientists determining how to market new organic foods, or chemists navigating regulatory requirements to make sure new products are safe and ready for the public.

This is especially true in Philadelphia. “You’ve got this high density of very smart people, fine educational institutions and an ecosystem of finance that can get behind these projects. Philadelphia is well positioned to be the lead on all of this,” Borneman says. “The confluence of business and science is a powerful thing. It’s driving the region’s and the country’s economy, and it will make a better world for all of us.”

The innovations that come out of these dually trained experts are already changing the world. By offering more scientists opportunities to have a business education, we’ll be driving innovation forward.”

Regulating the Safety of Science

Understanding the regulatory world and ensuring product safety are critical steps in making discoveries widely available, which is where business scientists like alumna Catherine Croke, DBA, come in.

Croke started her career working for a private forensic toxicologist while also studying for a degree in pharmacology and toxicology at the University of the Sciences.

She never thought she’d need business training, but while a student, she was mentored by Joan Tarloff, PhD, a longtime USciences professor, who “opened my eyes to the career possibilities that existed at the intersection of the two fields,” Croke says. Tarloff also showed her that there was a path for women to advance in the sciences at a time when the industry was dominated by men.

Croke transitioned to a job in food safety testing for the U.S. Department of Agriculture, where she approved imitation seafood products. After graduation, she worked in a number of product safety positions, where she saw how more formal business training could enhance her career. So, she went back to school and earned a master’s degree at Saint Joseph’s in environmental protection and safety management while she was a product safety manager at Arkema, a chemical manufacturing company.

That led to a job at Evonik, a specialty chemical manufacturer, where Croke’s been for 22 years. She’s now senior advocacy and compliance manager, maintaining compliance for Evonik’s facilities in North America. She also recently earned her DBA in business administration at Columbia Southern University.

“My doctorate was the culmination of my schooling to meet all of these career opportunities,” she says. “My combined business and science background enables me to better lead discussions with regulatory agencies and advocate for new policies within emerging markets.”

Croke is seeing more public interest in companies like Evonik and tighter regulations for all industries up ahead, which means that business training is becoming more critical. It will help companies interact with the public and explain aspects of their business, and also pushes forward innovation to hit new sustainability benchmarks. She sees Saint Joseph’s playing a key role in preparing future scientists to be ready for whatever the future brings.

“It’s important to raise the bar, and working together can help the schools do that,” she says of the now-merged schools. “They helped develop my career and opened my eyes by providing mentorship opportunities that I would not have been able to find on my own.”

Borneman has seen where a scientist’s lack of business knowledge can stop discoveries from going anywhere — or allow these breakthroughs to fall into the hands of someone who did not make the initial discovery.

“What astonishes me is you talk to really fine scientists who come up with incredibly good ideas and they don’t protect their intellectual property, and they give this stuff away,” says Borneman.

That doesn’t happen with scientists who have a business background, whether they earned that through a degree or picked it up along the way.

Likewise, business-minded professionals often benefit from the ingenuity of a science background.

The competitive advantage you have as a scientist in business is to adapt and change faster than your competition."

“The competitive advantage you have as a scientist in business is to adapt and change faster than your competition, and the only way you can adapt and change is to understand both the science and business opportunities,” says Croke. “Someone who speaks the language has to be the liaison to the business to introduce things into market and to get regulatory approvals. That’s a big part of what my team and I do every day.”

Borneman has also seen how having that formal science background can help push business projects ahead and even have government officials return your calls faster, which is one reason he went back to USciences in 2007 to earn his PhD in health policy and public health. It also made him the fourth generation in his family to carry a USciences degree.

He thinks about his generation and the generations that will come after him, how critical it is for scientific discoveries to leave the academic space and enter the real world, and how business can help them break out. “It’s about a sustainable future, not only for us, but for the folks who come behind us,” he says.