More Than a Game: The Appeal of Esports

Fueled by advancements in technology and passionate fans, esports has quickly grown to a nearly billion-dollar industry. Saint Joseph’s is among the universities looking to prepare students to work in the sector, and its proximity to Philadelphia — a growing national hub for esports — creates a unique advantage. 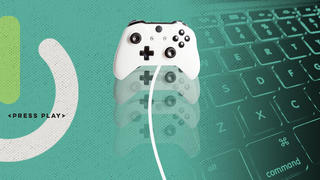 As the world faces the challenges associated with the COVID-19 pandemic, one of the more noticeable differences in our everyday lives is the lack of professional sports. As the streets emptied and theaters went dark this spring, so too did stadiums and arenas across the world.

But not all sports are affected by stay-at-home orders. Already soaring in popularity in recent years, the esports industry filled the void for many who were pining for Opening Day or the NBA playoffs.

Esports has become a nearly-billion dollar per year industry. If you’re not familiar, esports – the ‘E’ stands for “electronic” – is organized video game competitions that feature both professional and amateur players, competing as individuals or on teams, in front of everincreasing audiences both online and in-person. The most popular titles are often first-person shooter, fighting or “battle royale” games – where players and teams are competing to be the proverbial “last one standing” – but sports contests have also found popularity in esports competition.

Some of the more popular titles today include League of Legends, Fortnite, and Overwatch; sports games such as the FIFA Soccer and Madden NFL franchises also see their share of competitions.

The esports trend has grown out of the role that technology increasingly plays in our lives, moving gaming habits from the living room to virtual “rooms” where players can compete against friends and strangers living both down the street and across the world, thanks to services like Xbox Live and the PlayStation Network. Accessibility has led to an increase in participation and that has in turn caused companies to monetize the games through subscription services for spectators, sponsorship opportunities and championship events.

According to an annual report on the industry by Newzoo, an esports market research firm, the total global esports audience is expected to grow to 495 million people in 2020, reflecting year-on-year growth of 11.7%. Driving the growth were increases in viewership on mobile devices, propelled by emerging markets including Southeast Asia, India and Brazil.

The report also found that global esports revenue will grow to $1.1 billion in 2020, up 15.7% from 2019. Three-quarters of the growth will be dollars earned from media rights and sponsorship, showing the potential of the industry not just for players, but for support sectors like marketing, advertising, information technology and analytics.

Saint Joseph’s is among the universities looking to prepare students to work in the industry, and its proximity to Philadelphia — a growing national hub for esports — creates a unique advantage. A new esports lab, a refurbished computer lab in Merion Hall, had its soft launch on Hawk Hill in March. The lab is part of a larger effort to provide learning opportunities within the sector – including a new marketing course that will launch in the fall – and to foster collaboration among the existing gaming community on campus.

A ‘Best Place to Be’ in Esports

“I think a major reason that esports is becoming more popular is that video games are also becoming more popular and accessible,” says Allison Grenier ’21, entertainment marketing major and a member of Saint Joseph’s League of Legends and esports club. “For me personally, I love seeing my favorite games played with insane skill and transferring professionals’ strategies and play styles to improve my own skill.”

Gaming has been around for decades. What is new, however, is the improvement in technology; there is greater and easier access to the internet, which caused an increase in viewership.” 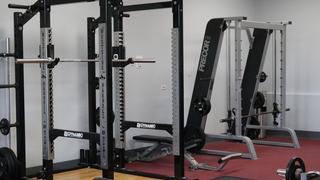 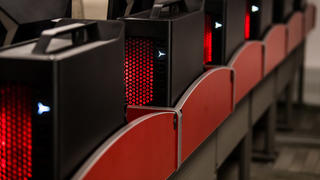 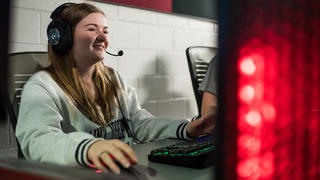 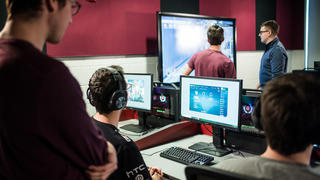 Allison Grenier ’21 is a member of Saint Joseph’s League of Legends and esports club. The global esports audience is expected to grow to 495 million people in 2020, reflecting year-on-year growth of more than 11%.

But playing a game is only half the appeal; esports truly hit the big time via online streaming services such as YouTube and Twitch, which allow spectators to watch gamers compete from anywhere on the globe.

“Gaming has been around for decades,” says Stephanie A. Tryce, J.D., assistant professor of sports marketing. “What is new, however, is the improvement in technology; there is greater and easier access to the internet, which caused an increase in viewership.”

Esports spectatorship is not limited to the internet, however; live events, such as the Overwatch League Grand Finals, fill arenas around the world as fans gather to see the best of the best show off their skills and claim prizes in excess of $1 million. When the 2019 edition of the Grand Finals was held at Philadelphia’s Wells Fargo Center, the arena was sold out a month before the competition, with 12,000 fans snapping up tickets priced between $50 and $250.

It won’t be the last esports event to be staged in the city: Comcast Spectacor, the owner of the local Overwatch League franchise and an offshoot of Comcast Corp., plans to build a 3,500-seat, $50 million esports arena, one of the nation’s first slated to open in 2021.

“[Philadelphia] is a very fanatical town when it comes to sports, and a very competitive town,” says David Allan, Ph.D., professor and chair of the marketing department. “Put those two things together, and you have an organization as big and bold and powerful as Comcast and Comcast Spectacor, then it’s the perfect situation. It’s not that esports isn’t big everywhere, but it’s probably not as well-organized and maybe well-funded as it is in Philadelphia. This may turn out to be the best place to be in esports.”

For me personally, I love seeing my favorite games played with insane skill and transferring professionals’ strategies and play styles to improve my own skill.

‘The Sky’s the Limit’

Saint Joseph’s Director of Athletics Jill Bodensteiner says the esports program on Hawk Hill will combine three key elements: a dedicated space, academic programming and a club sport that competes against other institutions.

“Esports offers many opportunities for Saint Joseph’s,” Bodensteiner says. “[It will] assist our students with preparation for careers in esports, especially in light of the fact that Philadelphia is emerging as an esports epicenter; meet the needs and interests of our current students, both academically and in terms of extracurricular activities; provide an additional reason for interested prospective students to consider SJU; and demonstrate the University’s commitment to the core principles set forth in our strategic plan, Thinking Anew, Acting Anew.”

The Saint Joseph’s lab includes 24 state-of-the-art gaming stations at ergonomic workstations and an upgraded audio/visual system, says Joe Petragnani, associate vice president in the Office of Information Technology. Stations are arranged in clusters of six to enhance team play and there is one coaching station connected to a 65-inch interactive display so teams can review, interact and annotate over the top of gaming footage.

Organized esports programs have been sprouting up at colleges across the country over the last half-decade, with the first varsity esports team being created at Robert Morris University Illinois (now part of Roosevelt University) in 2014. A year later, the University of California-Irvine became the first public university to start its own program. As the esports industry continues to grow, its presence on the Saint Joseph’s campus can become another highlight for those who are considering where to spend their collegiate years.

“Universities are challenged by the dwindling number of college-age students; developing new programs becomes essential to compete,” Tryce explains. “Because the esports demographic is the same as the college demographic, it is not surprising the use of esports programs is a trend in higher education to increase enrollment and retention and thereby new revenue streams.”

Allan says developing an esports program was a way to augment opportunities around an existing passion for many students, and to show how they might pursue it as a career, even if they never become professional gamers.

“As we found out, there were countless numbers of students who were playing esports, sort of underground, on their own,” Allan says. “At Saint Joseph’s, we are really good at trying to create an environment for students to thrive at something that they are already doing, and that they are passionate about, and that they are good at, and give it an academic structure.”

With the new course coming in the fall “really, the sky’s the limit after that, depending on what the students want and what we can provide them within that structure,” Allan adds.