In Philadelphia, on Hawk Hill and around the world, protestors are marching and demonstrating to speak out against racial injustice in America.

"Our Jesuit heritage and mission, grounded in the service of faith and the promotion of justice, calls on us to approach societal problems actively and reflectively. To care. To pray. To discern. To act," Saint Joseph's President Mark C. Reed, Ed.D., wrote in a message to the University community on May 30. "I have come to understand in my own life the privilege that I have which makes it difficult, if not impossible, for me to fully understand the pain of discrimination, racial hatred, prejudice, or fear. But I do know that this pain is deep and persistent, and I share the same anger, sadness, and frustration that I know you do as well."

Led by Nicole Stokes, Ph.D., associate provost for diversity, equity and inclusion, and Daniel Joyce, S.J. ’88, executive director of mission programs, hundreds of Saint Joseph’s community members came together June 3 for a half hour of reflection on the ways they can continue to educate themselves about racial bias and injustice, and to gather the courage to have difficult conversations.

“I challenge our majority members of this community: Do not put this burden on the diverse members of our community,” Stokes said. “Be courageous; talk openly and honestly. And I challenge us all to lean into that discomfort. It is the only way for growth.”

The nation- and worldwide protests were sparked by the death of George Floyd, a 46-year-old security guard and father of two who died after a Minneapolis police officer pinned Floyd’s neck with his knee for almost nine minutes last week. The officer has been charged with second-degree murder, third-degree murder and second-degree manslaughter with culpable negligence in the killing, which was captured on video. Three other officers who were on the scene have been charged with aiding and abetting murder.

But Floyd’s death has only heightened ongoing activism against police disproportionally using force against black Americans and efforts to create broad conversations about the impacts of systemic racism and what can be done to address it.

At Saint Joseph’s, it is incumbent on the community to not only have tough conversations, Stokes said, but for each member to be accountable for his or her actions: to listen, learn, pledge to do better and then follow through on that commitment.

“This is the only path forward toward making social justice and racial equity a reality for all in our society,” Stokes said. “It’s the only way as individuals to do all that is possible for us to eliminate racism and other marginalization that hinders our personal growth, our progression as a community and our advancement as a nation.”

Be courageous; talk openly and honestly. And I challenge us all to lean into that discomfort. It is the only way for growth.”

Taking 30 minutes out of the day this week is just the beginning, one of many conversations that must take place to affirm diversity, equity and inclusion as a priority on Hawk Hill, said Stokes.

Chris Heasley, Ph.D., assistant professor of educational leadership, discussed some of the specific actions that faculty, staff and students can take to educate themselves, talk openly and honestly, act as allies and be accountable. Among them:

In his remarks, Joyce reflected on the words of Dr. Martin Luther King Jr. when he spoke at Saint Joseph’s in October 1967. Among King’s remarks that day were that “God loves all children and that all are made in God’s very image with a fundamental and eternal dignity and worth.”

“Dr. King emboldened us with new determination to struggle, to suffer, to sacrifice in order to let freedom for all be a reality and that justice shape our lives,” Joyce said. “Let the living power of his words provoke our conscience and transform our minds.”

“Until we see how broken we are, we cannot fully see how much needs to be fixed. Until we see how sick we are, we cannot know the extent of our healing,” Joyce said. “Give us the strength to face the reality that is ours now so that we can enter into a transformative national action and dialogue that builds new systems and ways of being a community with equality, equity, solidarity and love.”

Today, SJU students marched through campus to protest the death of George Floyd and the continued violence against the black community. • "I wanted people to feel like they were a part of something bigger than themselves, coming together to walk in solidarity to the racial and social injustices happening around the world to black people but importantly the killing of George Floyd," says Aliyah Stokes '20, criminal justice alumna and organizer of the march. • The peaceful protest ended in 8 minutes of silence in honor of George Floyd.

On June 4, hundreds of Saint Joseph's students marched through campus to protest the death of Floyd and continued violence against the black community in the U.S.

"I wanted people to feel like they were a part of something bigger than themselves, coming together to walk in solidarity to the racial and social injustices happening around the world to black people, but importantly the killing of George Floyd," says Aliyah Stokes '20, recent criminal justice alumna and organizer of the march.

The peaceful protest ended in eight minutes of silence to honor the life of Floyd.

"Taking a knee during those eight minutes was so impactful," Aliyah Stokes wrote in an Instagram post. "Now let's buckle down and use this momentum to keep applying pressure."

In his message to the community, Reed reflected on Congressman John Lewis' 2018 visit to campus, where Lewis recalled being beaten during a peaceful protest in response to the fatal shooting of another civil rights demonstrator.

"Lewis’ physical and emotional pain were evident," Reed wrote. "Yet he has remained ever resilient and hopeful throughout his life and career, which is incredibly admirable. 'I say to you as students, as young people, as parents and teachers: Never give up. Never give in. Never lose faith,' [Lewis] said to the Hawk community. 'We will get there. We will create the beloved community.'”

More resources can be found at https://www.sju.edu/diversity-inclusion. 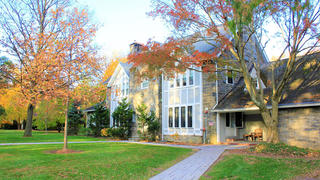 Hogan Hall will now be the home of Saint Joseph's recovery residence program, a first of its kind in the Philadelphia region. This learning/living community is the newest offering within the University’s comprehensive collegiate recovery program and will be staffed and supported by University personnel with deep expertise in collegiate recovery. 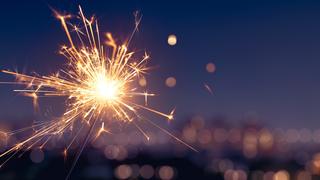 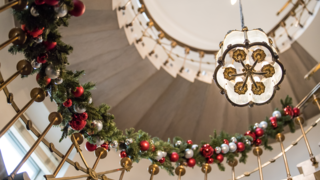 Celebrate the Holidays with New Traditions

In an unusual year, the 2020 holidays call for new ways to celebrate. Follow these tips from SJU faculty and the dean of the School of Health Studies and Education.