St. Joe’s alumnus Brett Tiagwad ’12 started his own aerial photography business and donates a percentage of his profits to the addiction treatment center that saved his life. 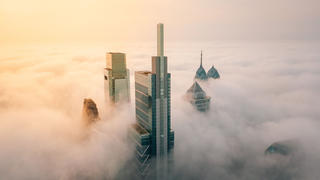 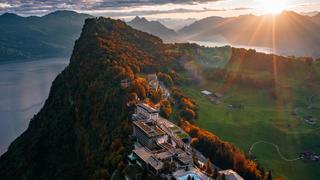 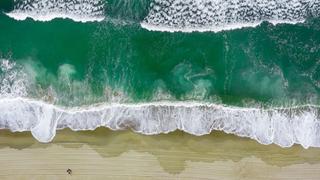 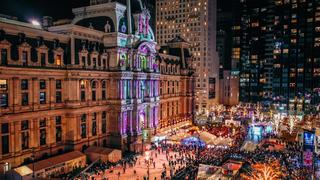 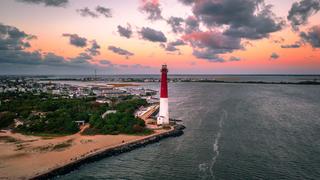 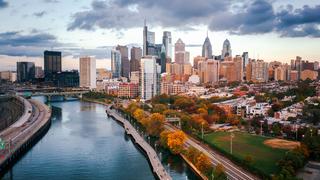 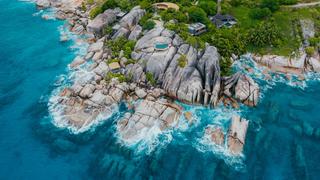 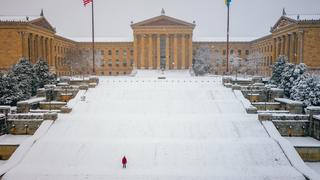 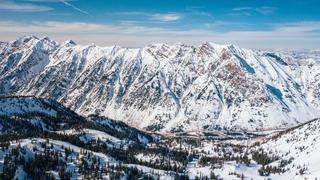 Philadelphia skyscrapers above the clouds. Photograph by Brett Tiagwad '12.

Philadelphia Museum of Art in the snow. Photograph by Brett Tiagwad '12

Brett Tiagwad ’12 has one of the best views in Philadelphia. He can see William Penn’s face up close atop City Hall. He can look the Angel Moroni in the eye above Philadelphia’s Mormon temple. He can soar above the Philadelphia Art Museum and the lights of Boathouse Row.

The Saint Joseph’s alumnus is the founder of Elevated Angles LLC, an aerial photography and videography company that uses drones to capture unique perspectives from above.

“I’m a tech guy, so I like all the new gadgets that come out,” he explains. In high school, he would use a GoPro to film himself snowboarding, waterskiing and skydiving. “I always liked to record the activity so I’d have footage of it and would be able to look back on an experience I’ve had.”

Tiagwad would bring the drone on vacations with him. He’d send it up into the sky and take pictures and videos everywhere he went: the Jersey shore, the Utah mountains, Sedona, Napa Valley, Switzerland, the Bahamas and the Seychelles Islands. His Instagram is filled with vibrant photographs and videos from around the world.

But flying drones was more than just a hobby. It was a way to help him stay sober.

“I got addicted to opiates,” he says of his life after college. “I couldn’t hold a job, and I ended up going to treatment.” Three months into his recovery, he suffered another blow — his mother, Debra Joy Tiagwad, suddenly and unexpectedly passed away.

“Thankfully, with the support of my dad, my now wife, my brother and Caron Treatment Center, I was able to get through that time without relapsing,” he says.

Flying drones became an outlet to deal with his grief over the loss of his mother, and to help maintain his sobriety. “It kind of took me out of the day-to-day life of being in recovery, losing my mom so recently,” he explains, now five years sober. “It’s almost like I’m in the drone. It really provided therapy for me.”

Eventually, Tiagwad considered turning his hobby into a business.

“It kind of took me out of the day-to-day life of being in recovery, losing my mom so recently. It’s almost like I’m in the drone.”

“I started to look into what drones could offer businesses, and how many use cases there are for different businesses, whether it’s construction, commercial real estate, special events like weddings and outdoor parties, inspections for insurance … I just really started thinking that this could be a good idea.”

Tiagwad says he was able to start his own business because of the education he received at St. Joe’s as a finance major. He is currently in the MBA program, and credits his teachers in the Haub School of Business for helping him learn about the finance industry and how to run a business. As a former member of the baseball team, he also learned some valuable life lessons from Coach Charles “Fritz” Hamberg.

“When you’re a high school student and you get a scholarship to play baseball … you don’t realize what you’ll end up learning through an athletic organization like St. Joe’s,” he says. “It’s really about structure, balance, respectfulness, timeliness and professionalism. I got pretty much the full gamut at St. Joe’s, whether it was growing as an individual or instilling values that I still carry today.”

Those values include giving back to the community. Tiagwad gives 5% of the revenue generated by Elevated Angles back to Caron Treatment Centers, a nonprofit treatment center based in Wernersville, Pennsylvania, which helped him to get — and stay — sober.

He also wants to start hiring people just out of recovery to join his company and teach them to fly drones.

“So many people leave treatment and have no direction,” he explains. “Their life is reset. It’s like, ‘What do I do now?’ Because of their prior history, whether criminal or not, it’s hard for recovering addicts to get jobs when they leave.” He says that many with no direction fall back into relapse.

Tiagwad says that by hiring people just out of treatment, he can provide them with a new skill that will hopefully give them the same sense of therapy he had flying drones. 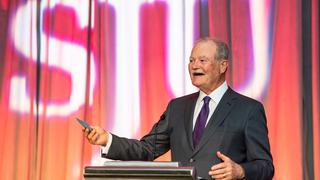 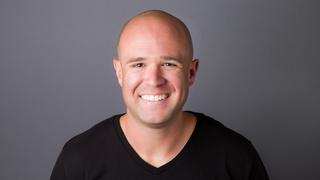 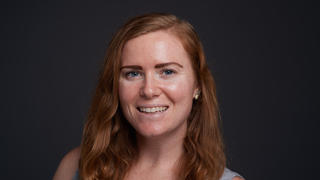