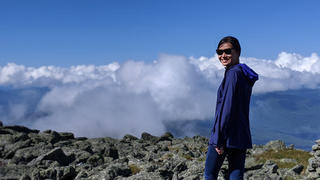 Maps that show the death toll from eight days of fighting in Gaza, Israel and the West Bank. Line graphs that illustrate the global disparities in COVID-19 vaccinations. Timelines embedded with videos that capture the rising anti-Asian violence in the U.S. since March 2020.

These are just a few of the visuals Weiyi (Dawn) Cai ’15 has produced for The New York Times as a graphics and multimedia editor. Through interactive graphs and images, Cai is able to make complex stories and ideas easier for readers to grasp and analyze.

But Cai didn’t expect to get into visual journalism. While both her parents worked in media and news, she didn’t want to follow in their footsteps. It wasn’t until she landed on Hawk Hill that she realized her passion for using graphic design to more effectively report and explain current events, helping people better understand the world around them.

Discovering a Love for Design

“It became a pathway to get involved with The Hawk newspaper,” she says. “I thought it would be a good opportunity to do some graphic design work just for fun, and then one thing led to another.”

She became one of the first layout editors at The Hawk, where she had a lot of creative liberty to develop the student-run newspaper’s design and aesthetics. “All of my colleagues were very supportive and encouraged me to do whatever I wanted to do, which made me really excited,” she says.

At the time, St. Joe’s graphic design minor didn’t exist, so a lot of what Cai learned about information and communication design was self-taught or influenced by trends she saw online, she explains. Cai says The Hawk staff also started a biweekly creative exercise where they would focus their feature coverage on a big event or issue and create an accompanying infographic, such as one explaining the Ebola outbreak in 2014.

I realized I could stay up at 2 a.m., work on my infographic and find joy in it, and that it was what I wanted to do with my life in the future. I also met some of my very best friends — who I’m still very close with today — through The Hawk.

“It was stressful at times because there were a lot of deadlines. On Monday nights, we’d put the paper together and it would usually take until three or four in the morning,” she says. “But I had the opportunity to practice and make infographics. That’s when I realized I could stay up at 2 a.m., work on my infographic and find joy in it, and that it was what I wanted to do with my life in the future. I also met some of my very best friends — whom I’m still very close with today — through The Hawk.”

Designing for The Hawk wasn’t the only opportunity Cai took advantage of as an undergrad at St. Joe’s. She worked on numerous projects — from designing the branding and logo for Beautiful Social, a digital media research collaborative at Saint Joseph’s, to designing event flyers and brochures for the City of Philadelphia Mural Arts Program. Cai also took her talents abroad in Florence, Italy, where she studied art history and photography for a semester and created infographics as an intern at The Florentine magazine.

From Hawk Hill to the Newsroom

After graduating from Saint Joseph’s, Cai joined The Washington Post as a design and graphics summer intern and worked there the following year. She wanted to continue using her graphic design skills in a journalistic context.

“There’s something really gratifying about seeing your work printed on paper and seeing how it evolves over time,” she says. “Also, working in news takes out the commercial or profit side of being a graphic designer; I’m trying to explain something through my work instead of trying to make someone buy something.”

For example, Cai pitched, reported and developed a multimedia story on the Rohingya crisis in Myanmar when she worked as a data visualization developer at Thomson Reuters from Singapore several years ago. The piece, which features photos, videos and interactive maps, shows the journey the Rohingya Muslim refugees took to find safety in Bangladash.

Cai says she also stayed in journalism as a graphics designer because she enjoys working with people — a critical aspect of her job. Designing a single story, whether it’s a breaking news report or a longer investigative piece, involves collaborating with other reporters, editors, designers, developers and researchers. A case in point is a Times interactive story reconstructing how the coronavirus got out and went global. Cai worked in a team to analyze travel and cases data, get insight from experts and pull the information together to get one cohesive story visually.

But working with different teams has its challenges. “I continue to learn how to communicate ideas and how to work with a range of personalities,” she says. “Everyone has a different way of working, and some people may not be familiar with that.”

As a graphics and multimedia editor for the Times — a leader in visual and interactive journalism — Cai is pushed to learn new things and refine her skills. Most recently, she had to dive deep into civil engineering concepts to create graphics for an investigative story on why a section of the Mexico City metro line collapsed.

She’s also constantly learning about new technologies as part of her work. “I don’t have a computer science background, but right now, so much of what we do is interactive and code-based. I had to pick up a lot of the code development and script on my own,” Cai says. “I like this part of my job — it’s not like I just know how to draw up a chart and just do it every day. I’m always trying to learn and think in different ways.”

Cai encourages other Hawks who are interested in a career in journalism or graphic design to stay curious, just like her.

“Look at more things, either online or in books, and get inspiration. Try to see what kind of work you want to do and never think you’re shooting too high,” she says. “It doesn’t matter if you think it’s impossible. Focus on the process of trying to learn and what you enjoy doing.” 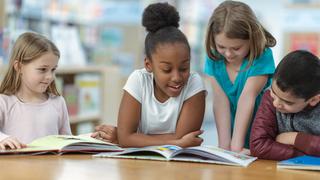 The books explore topics ranging from over-the-counter medications and healthcare careers to how and why medications are prescribed. 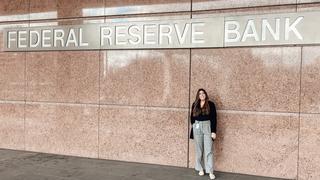 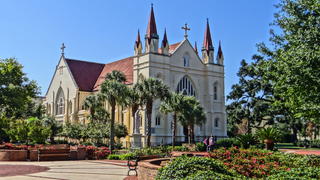