The History of Horror: How Ghost Stories Have Evolved

According to Paul Patterson, Ph.D., associate professor of English, scary stories have been told for centuries, dating all the way back to ancient culture. 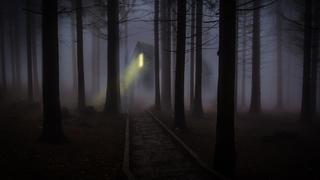 Halloween is the perfect time to share spooky stories about ghosts, monsters, witches and ghouls. Whether you opt for a classic like Frankenstein or Dracula or you indulge in something more modern, like Jordan Peele’s Us, ‘tis the season to be scared.

But our love for a good horror story isn’t limited to the end of October. According to Paul Patterson, Ph.D., associate professor of English, scary stories have been told for centuries, dating all the way back to ancient culture.

“We see a lot of these stories start to emerge in ancient Roman writings. In the first century, they wrote letters recounting ghost stories they claimed to have witnessed — chains rattling, haunted house type stories,” Patterson explains. “The ghosts are never really harming anyone, but they’re always showing up. A lot of the time, the hauntings are because the person was never properly buried. It’s tied to respecting the dead.”

According to Patterson, stories started to become more menacing in the late 18th century when gothic fiction came into popularity.

“Gothic fiction is very specific — dark imagery, bleak, fog-filled, dark castles,” he says. “A sub-genre, gothic horror, is the style a lot of the names we’re familiar with wrote in, including stories like Frankenstein, Dracula and even A Christmas Carol. These stories would combine elements of romance with dark horrific figures. They aren’t always ghost stories — there is some realism.”

We see similar style stories today, particularly in Stephen King’s novels. “King writes what you can call ‘American Gothic,’” Patterson says. “Gothic always has this feeling that something is off. King’s stories are always set in small-town America, and while they’re not quite ghost stories, you always get the feeling that something isn’t quite right.”

This feeling is one of the fundamental themes of the horror genre as a whole: the fear of death. “It’s so completely human, it transcends all of time,” Patterson says. “Modern people and ancient people are going to have that same fear. We see it in trends, like zombie films. Zombies represent death. They come at you, they never stop. They’re unrelenting, just like death. Those kinds of themes just keep coming up over and over again.”

But despite a sort of recycling and refresh of similar stories and themes, Patterson doesn’t believe horror stories are going anywhere. “Horror is seeing a bit of resurgence,” he says. “Jordan Peele and other directors are breathing in new life. More and more, female directors are taking on a genre that hasn’t always been kind to them. They’re confronting race and misogyny in interesting ways, and people are rethinking those roles. A lot of really interesting work is being done, and will continue to be done.”