His parents, who struggled with addiction, abandoned him and his brothers when he was only five years old, leaving them to their grandparents’ care. So, he was forced to make a hard decision early on in his life: to be a victim or a fighter.

“I chose to fight,” he says. “I chose to stay optimistic and positive, even though social workers told my grandparents not to expect much from me.”

It was thanks to grit — a combination of passion and perseverance — and a strong support system that he was able to find a way out and pave his own path, he says. Now, Carroll, a bestselling author, creative agent, public speaker and former athletic trainer, is embracing the Jesuit ideal of living with and for others. He’s paying it forward by sharing the lessons he’s gleaned, encouraging others to dream big and helping them navigate life’s biggest challenges.

This year, he’s also gearing up for a campaign all about grit. Influenced by University of Pennsylvania Professor Angela Duckworth, Ph.D.’s work on grit, Carroll plans to share his life story with college students across the country and speak to them about staying resilient during difficult times.

Like most people, Carroll’s path was filled with uncertainty, change and serendipity.

He dreamed about becoming a professional soccer player, but his plans were turned upside down. Although he attended Tennessee Wesleyan College on a soccer scholarship, he dropped out after finding out he was going to be a father in his junior year.

He eventually finished his education in the Air Force, where he gained fluency in Croatian, Czech, Serbian, German and Russian and served as a language interpreter and translator for 10 years. During his time in service, he held onto his dream and played soccer until a knee injury changed his direction again. While recovering from his injury, he developed an interest in sports medicine, leading him to pursue athletic training. 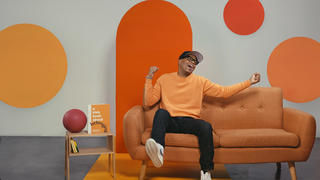 Carroll became an athletic trainer at the high-school level and moved to the collegiate level when he came across a job opening at Saint Joseph’s and a coincidental meeting with former athletics director Don DiJulia ’67.

“I got the head athletic trainer position there unexpectedly — I thought I was going to get the assistant position,” he says. “Don saw something in me that I didn’t see. He saw that I had the capacity to do that level of work.”

“Kevin was most impressive at our first meeting — passionate, self-confident and spirited,” DiJulia recalls. He adds that Carroll’s background was noteworthy. He was in the military, spoke multiple languages and worked at premier private schools in the area — the Episcopal Academy and The Haverford School.

Although the other candidates for the job had collegiate experience and Carroll did not, his “knowledge of the industry, presence and expressive communication skills jumped out,” DiJulia says. “He fit the caring, collaborative and spirited community of Hawk Hill.”

The rest was history. Carroll earned a master’s in health education at Saint Joseph’s and stayed on as the Hawks’ head athletic trainer until he was recruited by the Philadelphia 76ers, who got to know him while practicing at St. Joe’s in 1995. He was the third African-American athletic trainer in the history of the NBA — a break that would help catapult his career to the big leagues.

He got a shot to consult at Nike, which led to being offered a unique job opportunity — to inspire and infuse creativity and collaboration within Nike’s culture and workplace. He even came up with his own job title: the “Katalyst.”

“I fell into these roles backward. I wasn’t seeking them,” Carroll says. “I was just doing my job exceptionally well and someone saw that. That’s what I always say to young people — be where your feet are, do the best you can at the place you’re at, because someone’s always watching you.”

That’s what I always say to young people — be where your feet are, do the best you can at the place you’re at, because someone’s always watching you.”

Shaping His Own Future

Throughout his career, Carroll also learned to take risks and to never lose sight of his red rubber ball, a metaphor that comes from childhood days spent on the playground. It represents our “why,” the things that drive and move us and ultimately bring us joy, he explains.

His commitment to his red rubber ball and his desire for more freedom at work led him to establish his own consulting company, Kevin Carroll Katalyst, LLC. His mission was to help others find their inspiration and empower them to chase after their dreams. Since his company’s launch in 2004, he’s shared his message with more than 350,000 people from nonprofit organizations, schools and companies across the world, including Starbucks, Adidas, Walt Disney and Nike.

Around that time, he also started toying with the idea of writing a book. “I’ve always loved books,” Carroll says. “As a kid, I used to go to Ludington Library all the time. I got my public library card when I was 9, and ‘Where the Wild Things Are’ was my catalyst for my love of reading.”

Writing books wasn’t really in his plan — it was another thing he fell backward into, he says. But Miz Lane, a neighbor from his childhood town who became his mentor and personal cheerleader, pushed him and suggested that he write a book about his journey. “She said, ‘There’s another you out there that needs to know what’s possible.’ And I went, ‘Oh, that’s a reason to write a book.’”

In 2005, he took out a loan and self-published his first book, “Rules of the Red Rubber Ball,” after multiple rejections. In nine months, he sold 11,000 books without any consistent promotion. “It was all word of mouth,” he says.

ESPN got a copy of his book, signed him to a book deal and expanded distribution. Since then, he’s worked with other publishers and wrote three more books: “What’s Your Red Rubber Ball?!,” “The Red Rubber Ball at Work,” and “A Kid’s Book About Belonging,” which made Oprah’s Favorite Things 2020 list.

We’ve got to resurrect our grit and elevate our resilience,” he says. “And if I can assist you with that, I’m in.”

Inspiring Others to Push Through

Throughout one’s journey, it’s easy and normal to feel lost. For many, that feeling may have been exacerbated during a pandemic, when life feels so uncertain. But Carroll wants to continue inspiring and encouraging others to keep fighting — particularly younger generations.

“It’s been amazing to see how this generation is dealing with it and managing their well-being. There are days when they struggle, but they show up again and again,” he says. “The pandemic broke a lot of people, but we also can’t overlook how a lot of people grew during this time.”

In his upcoming campaign on grit, which features guides from Duckworth’s nonprofit Character Lab and self-reflection exercises he developed, Carroll plans to talk about how young people can take the grit that they have, amplify it and use it to achieve their goals.

“We’ve got to resurrect our grit and elevate our resilience,” he says. “And if I can assist you with that, I’m in.”