This year marks the 20th anniversary of the Safe Zone Training program at Saint Joseph’s University. Established in 2001, the program builds a network of supportive members of the campus community who strive to create inclusive safe spaces for all SJU community members, while raising awareness of the LGBTQIA+ community through the lens of an ally.

Training is open to all faculty, staff and students and encourages participants to reflect on their own unique experiences and identities while shedding light on common misconceptions through interactive quizzes, videos and discussions.

Created in a time before social media, Safe Zone Training was initially established as a way for allies to openly express their support of the LGBTQIA+ community. Upon completion of the program, attendees are given a Safe Zone pin for their backpack or sign to display in their office as a visual indicator of their allyship and training.

Public awareness and acceptance of the LGBTQIA+ community and the issues its members face have evolved over the last 20 years. In 2011 just over 50% of the United States population supported gay marriage; by 2015, same-sex marriage became the law of the land in the U.S. with the 5-4 ruling in favor by the Supreme Court of the United States.

As the country’s support and knowledge of this community has developed and expanded, so too, has Saint Joseph’s Safe Zone training.

“When training started, same-sex marriage was illegal in most of the country,” says Kim Allen Stuck, Ph.D., assistant vice president of student success and educational services, and one of the main facilitators of Safe Zone Training. “People didn’t talk as much about gender then. Now, we’re addressing topics like they/them pronouns, intersex identities and asexuality. Language is constantly evolving and things are changing all the time, so our training has completely evolved over 20 years.”

Nearly 70 faculty and staff attended the first training session in 2001. Last year alone, there were 375 participants. Training sessions have also increased from once a year to five times a year, and have become more interactive over time.

“We give participants a quiz of terms,” says Allen-Stuck. “It helps them see how much they know, and what they still need to learn. At the end of training, we ask people to make one commitment as to what they’re going to do to change.”

She says that many people have added their pronouns to their email signatures and profiles, and a number of professors now start their semesters by passing out index cards so students can indicate their chosen names and pronouns — a practice that compliments the University’s Chosen Name and Identity Guidelines. Allen-Stuck says she also asks students for their preferred names and pronouns when writing their letters of recommendation. “It is important to clarify  how a person wants to be identified,” she says.

Safe Zone Training is included as part of larger leadership training programs, and many individuals who have attended Safe Zone have subsequently requested trainings for their entire department. Allen-Stuck says they’ve trained attendees ranging from campus ministry leaders and members of public safety to athletics and facilities staff.

Participants go through the program with varying levels of awareness and education. For some, this may be the first time they have ever talked about LGBTQIA+ issues or have been in a space where they feel comfortable asking questions. Others return repeatedly to get a refresher or learn something new as the training is consistently updating. Some return because they want to learn more and engage in the conversation.

Will Marsh ’18, web developer at Saint Joseph’s, says that Safe Zone Training offers affirmation and support for faculty and staff, too.

“Our faculty and staff have continually been supportive in my experience as a student,” says the former president of SJU Pride, a student-led organization that advocates for LGBTQIA+ students on campus. “Then you see them at trainings. They might be an ally, they might be a member of the LGBTQIA+ community, you never know. But you are able to see who is supporting you.”

2. Display posters and pictures of LGBTQIA+ individuals in your office or living space.

4. Share events and programs from queer and trans* organizations.

5. Include a variety of genders on forms or materials.

6. Let your queer and trans* colleagues know that their partners are welcome at departmental events.

7. Include the Saint Joseph’s Non-Discrimination Statement on materials. 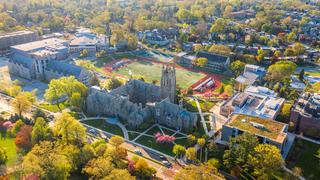 Saint Joseph’s will offer a wide variety of programs and activities on campus this summer, including athletics and literacy camps, printmaking workshops and more. 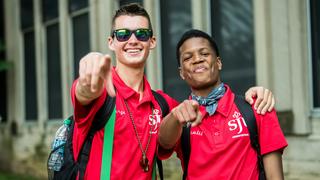 Class of 2025 Gets a Taste of Life on Campus

The newest class of Hawks will be landing on Hawk Hill for a series of two-day orientation sessions from June 23 - 30. 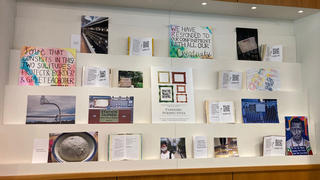 Finding Light and Hope During the Pandemic Through Art

“Pandemic Perspectives” features artwork created by Saint Joseph’s students and faculty who wanted to share their personal stories and reflections of COVID-19 through different mediums. The exhibit will run until May 22 in the Post Commons and Drexel Library.