What Other States Can Learn from Iowa’s Caucus Chaos

The havoc created by a faulty app during the Iowa caucuses leaves other states with the challenging task of rebuilding voter confidence in the process, says Ronald Klimberg, Ph.D. 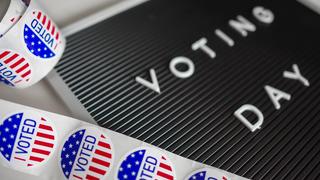 A faulty app wreaked havoc on the recent Democratic caucus in Iowa. But contests in other states — including the New Hampshire primary on Feb. 11 — will also pay the price.

The confusion and delayed results in Iowa will feed the already healthy skepticism surrounding the election process, according to Ronald Klimberg, Ph.D., professor of decision and system sciences.

“The problem is that now, there is suspicion that it wasn’t an honest election,” says Klimberg. “The most important thing is that the public feels like there wasn’t any double voting or systems were hacked, and that the results were right.”

Although there is no evidence of an outside hack, the mobile app that was supposed to simplify the process backfired, forcing organizers to use paper ballots instead. It’s not the first time apps have been used to report caucus or primary results. But the situation in Iowa was notable in that so many things went wrong: Volunteers had trouble downloading and working the app. Then, when they opted for the backup option of reporting results over the phone, they encountered lengthy phone backups.

“It wasn’t so much an app problem, it was a people problem. Computers are often blamed for things when it’s really a human issue,” says Klimberg. “Their biggest mistake was that there was no quality control.”

According to reports , the app was quickly put together just a couple of months before the caucuses, leaving little time for users to be trained in how to use it. “Many times, someone will think all they need to do is buy the software. They don’t think about training and controls,” says Klimberg.

However, Klimberg believes proper training is only one piece of the quality control that was missing in Iowa on caucus night. “They needed double backups. When you build something, you make sure it works, but you have to have a backup plan so it won’t fail. In Iowa, it was supposed to be a phone system. But it should have been a separate phone line, a secure line that couldn’t have an overflow to it.”

Klimberg says quality control is often overlooked due to cost-cutting measures. “There should have been someone on the ground with an IT background or support from that company, but that probably cost some money. People don’t always want to spend the extra money,” he explains.

As other states prepare for their own primary elections and caucuses, Klimberg recommends moving away from app-based processes — for now. Party officials in Nevada have already announced that they won’t use an app for the Feb. 22 Democratic caucuses there. “I would hope that if they use an app again, they would make sure everything is in place,” Klimberg says. “But people’s perceptions of this are not good. It’s better not to try and build confidence in the technology, but instead, build confidence in the election process.”