Charisse McGill ’21 (MBA) and Jonathan Pastore ’10 are both ambitious entrepreneurs in the Philadelphia food and beverage scene. Pastore is director of operations for Bean2Bean Coffee Co. and McGill is owner/producer of Lokal Artisan Foods (you may recognize her from last month’s Winterfest at Saint Joseph’s, where she served up her infamous French Toast Bites).

Recently, the alumni brought their two products together and created a French Toast Bites flavored coffee

It wasn’t until midway through the collaboration that they realized they both were fellow Hawks — having each attended food marketing classes at Saint Joseph’s. Pastore graduated with an undergraduate degree in marketing and McGill is graduating this spring with an MBA in food marketing.

The two entrepreneurs had met at various industry events over the past few years but had never collaborated until now. Their tables always seemed to be next to one another based on the nature of their products (who wouldn’t want a coffee to go with their french toast?). Most recently, McGill was tasked to help open the South Philly Food Co-op and recommended Bean2Bean as their grab-and-go coffee service. When McGill later introduced the idea of doing a product collaboration, Pastore was game right away.

“Charisse had a lot of enthusiasm about doing a project together and, honestly, after a week of meeting it was clear we were going to make a French Toast Coffee,” says Pastore.

McGill provided Pastore with around five pounds of her secret spice mix and within a few weeks, Pastore created the special blend. When they came together to taste test, the Hawks knew they had made the right choice.

McGill and Pastore both felt that working with a fellow Saint Joseph’s alumni gave them an edge. They approached the collaboration strategically, focusing not only on a great tasting product, but also on marketability.

“We had the same professors. … You can really see the difference in working with those who are aware of the quality of the product as well as distribution method. Because it’s one thing to have a cool product, but it’s another thing to be able to market and make it successful and exciting.” says McGill.

The two makers also agree that the hands-on projects and experiences in the classroom at Saint Joseph’s helped prepare them for the food industry. “All the projects that we did in all the different marketing classes that we had were really the biggest taste of what entrepreneurship is like,” says Pastore. “At its core, you’re always going to have to make things work with people you don’t know too well and Saint Joseph’s taught me that better than anything else.”

From McGill’s perspective, strategy is everything. “I’m sure a lot of folks think I’m out here just selling French Toast, but it’s very well thought out, very deliberate. And there are growth strategies in place and that’s all stuff I learned in the classroom.”

They both agreed that the professors at Saint Joseph’s made all the difference for them. Pastore adds, “What stands out the most and is most helpful is having professors who are knowledgeable about the current state of the industry and can bring the textbooks to life through real-life examples or guest speakers.”

Through the collaboration, Pastore learned that speed is of-the-essence when it comes to launching products, while McGill learned the ins and outs of distribution and packaging in the coffee industry.

“Jonathan gave me a crash course on coffee origins, fair trade and all of the things you need to know … we had two meetings before production and tasted three different versions until we landed on the right bean and packaging,” she says.

The Bean2Bean and French Toast Bites coffee is available now via the Lokal Artisan Foods website and the Bean2Bean website, which offers free next-day delivery for zip codes in Philadelphia. 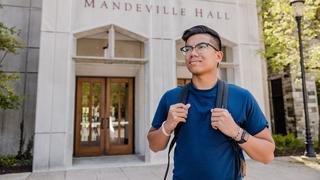 A Day in the Life of Haub Student Nino Aquino ’23

Junior accounting and business intelligence and analytics double major Nino Aquino ’23 shares a snapshot of a day in his life, from playing saxophone in the Chapel Band to pausing for a study break over cold brews with friends at Saxbys. The Hawk Host may not have more hours in his day than the rest of us, but he’s certainly found a way to make the most of his time at St. Joe’s. 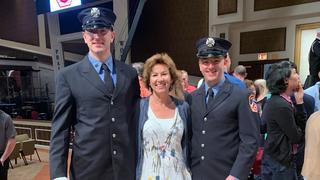 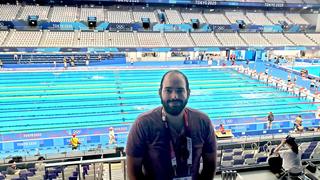