Embracing Diverse Faith Traditions — On Campus and In the Classroom 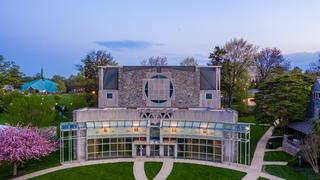 As a Jesuit institution, the traditions of the University’s Catholic mission are visible throughout campus: the statue of St. Ignatius of Loyola standing tall in front of Merion Hall, the benches in Barbelin Hall repurposed from the pews of Old St. Joseph’s Chapel and the inscription “AMDG” — meaning "For the greater glory of God" in Latin — scribbled on the corners of students’ exams.

While these symbols continue to be visible throughout campus, and Jesuit teachings remain at the core of the academic curriculum, Saint Joseph's University also embraces and celebrates the faith traditions of all backgrounds as part of its broader mission of inclusivity and care for the whole person.

One prominent example is the sculpture in the heart of campus, Synagoga and Ecclesia in Our Time, which depicts Jews and Christians sharing and learning from each other’s texts. It was blessed by Pope Francis during his surprise visit to Hawk Hill in 2015 and serves as a reminder to cultivate interfaith dialogue.

In the classroom, in addition to the hundreds of unique courses the University offers, from Health Communications to Sports Analytics, Saint Joseph’s infuses the study of faith into the academic experience. Students are required to take at least one religious difference course such as Meditation, Yoga and the Dao; or Topics in Ancient Judaism.

“We're living in a religiously plural world,” says Philip Cunningham, Ph.D., director of the Institute for Jewish-Catholic Relations. “Regardless of your eventual occupation, you're going to be affected by that religious pluralism and having knowledge of the religious and spiritual diversity around you is important.”

The Institute for Jewish-Catholic Relations was founded in 1967 at what was then Saint Joseph’s College in response to an invitation by the Second Vatican Council to build a new relationship between Catholics and Jews. Saint Joseph’s was the first college to respond to the council with a program that's still ongoing today.

“It's work that's unprecedented in terms of the long view of history and I think it's a distinctive element of Saint Joseph's to have embraced this particular mission,” says Cunningham. “It fits into the desire of the University to promote positive attitudes among its students toward people who have different or no religious traditions at all.”

As part of its diversity equity and inclusion (DEI) initiatives, Saint Joseph’s University celebrates religious diversity and promotes intellectual, ethical and spiritual understanding. That commitment to exchanging diverse ideas is reflected in the range of spaces on campus for meditation and religious worship.

“Interfaith diversity and increased knowledge about other faith traditions is a critical part of learning and personal development,” says Nicole Stokes, Ph.D., associate provost for diversity, equity and inclusion. “Higher education is about exploring and expanding knowledge and perspectives. As a result, we believe that the identities and practices of people of all faith backgrounds, as well as those who do not identify religiously, will be deepened through open and honest dialogue and interaction with each other.”

Cunningham also believes the study of religion and the “commitment to the dignity of the human person” help to promote important moral values that students will carry with them throughout the courses they study, whether that be business ethics or scientific research.

Regardless of your eventual occupation, you're going to be affected by that religious pluralism and having knowledge of the religious and spiritual diversity around you is important.

“Although the methods are different, and the objects of study are different, there's nonetheless a common search for meaning regardless of the discipline that can be mutually enriching,” Cunningham says.

Dan Joyce, S.J. ’88, executive director of mission programs, highlights two distinct outcomes of a Jesuit education: developing intellect and being prepared to make difficult decisions in life. He believes exploration of faith is essential to achieving these important academic goals. 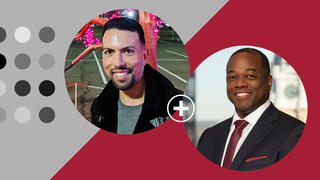 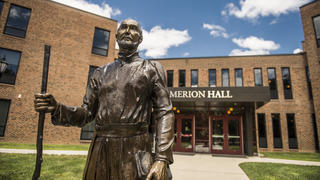 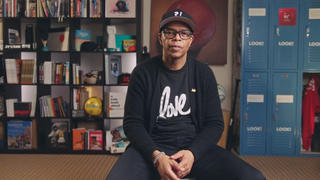