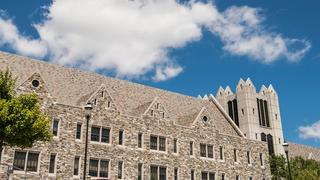 The Erivan K. Haub School of Business at Saint Joseph’s University expanded its Executive in Residence program with the addition of four new industry leaders starting this spring. In these roles, the former executives will be available as professional resources for undergraduate and graduate students. The professional leaders, who come from various industries including health care, insurance and food marketing, will provide practical mentorship and experience through a mix of teaching, office hours, career coaching and lectures.

“The prominent professionals joining the Haub School of Business as Executives in Residence bring a wealth of industry experience and knowledge to our program,” says Joseph A. DiAngelo '70, Ed.D., dean of the Erivan K. Haub School of Business. “They will have a profound impact on our students' success, from career coaching to assisting with new program initiatives.”

Michael Angelina is an insurance expert with more than 35 years of practical experience in consulting, executive and director roles throughout his career. Most recently, he served as the executive director for the Maguire Academy of Insurance and Risk Management at Saint Joseph’s. Throughout his insurance career, he has had widespread experience in actuarial areas, business development, capital allocation, distribution management, investor relations, mergers and acquisitions, rating agency and regulatory developments, strategic initiatives, underwriting policy and guidelines, and other insurance company operational functions. Angelina earned his bachelor’s in mathematics from Drexel University.

Thomas Beeman '75, '77 (M.A.) most recently served as chief operating officer of regional operations at Penn Medicine at the University of Pennsylvania Health System, where he was responsible for ensuring the broadest population of communities possible had access to Penn’s clinical care through direct accountability for the Chester County Hospital, Lancaster General Health Hospital and Health System and Penn Homecare and Hospice Services. He has more than 45 years of experience in the healthcare field, including serving as the chief executive officer of Lancaster General Health and president and chief executive officer at Saint Thomas Health Services in Nashville, Tennessee. Beeman also served as a Rear Admiral in the United States Navy Reserve, ending his career as Assistant Deputy Surgeon General. Beeman earned his bachelor’s degree in health studies and a master’s degree in health education from Saint Joseph’s. He earned a second master’s degree in hospital administration from Widener University and doctorate in leadership and policy from Vanderbilt University. He is a Fellow of the College of Physicians of Philadelphia and of the American College of Healthcare Executives.

Brian Duperreault ‘69 is the executive chairman of the Board of Directors of American International Group, Inc. (AIG). Before joining AIG, Duperreault was chairman and chief executive officer of Hamilton Insurance Group. He also served as president and chief executive officer of Marsh & McLennan Companies and ACE Limited. Prior to joining ACE, Duperreault held various senior executive positions with AIG and its affiliates. Duperreault is a member of the Boards of the Geneva Association, Saint Joseph's University, the Bermuda Institute of Ocean Sciences (BIOS) and the Partnership for New York City. He is a former director of Johnson Controls, the former chairman of the Board of Overseers of the School of Risk Management of St. John’s University, New York, and chairman emeritus of Blue Marble Microinsurance. Duperreault earned his bachelor’s in mathematics from Saint Joseph’s University.

Daniel J. Hilferty ’78 most recently served as CEO at Independence Health Group (Independence), one of the nation’s leading health insurers and fourth-largest Blue in the system. Throughout his decades of leadership, he sought innovative and strategic partnerships that leveraged the latest technologies and new models of care to increase quality and lower costs. A civic champion, he also served as chair of the Board of Directors for the Chamber of Commerce for Greater Philadelphia, and was an instrumental leader in hosting the 2015 Papal visit and the 2016 Democratic National Convention in Philadelphia. Hilferty earned his bachelor’s in accounting from Saint Joseph’s University and master’s in public administration from American University.

Judy Spires is the former chairman and CEO of KB US Holdings, Inc., the Kings and Balducci’s brands. Spires has spent her entire career in the supermarket industry. During her 35-year tenure, she has earned positions of increasing importance in all facets of the business. Prior to KB Holding, Inc., Spires served as president of ACME Markets, after serving as president of Albertsons Dallas-Fort Worth Division and as president of Albertsons Rocky Mountain Division. She is the chair of the Academy of Food Marketing at Saint Joseph’s, where in 2019 she was awarded with the degree of Doctor of Humane Letter, honoris causa. Spires served as board chair for the New Jersey Food Council, and on the Board of the Food Marketing Institute. She is the vice-chair of the Community Food Bank of New Jersey, a Trustee for LaSalle University and is a member of the Comcast and NBC Universal Joint Diversity Council. Spires earned her bachelor’s of arts and master of business administration degrees from La Salle University. 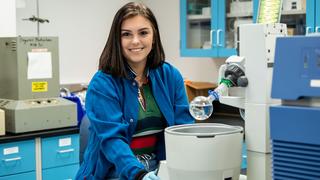 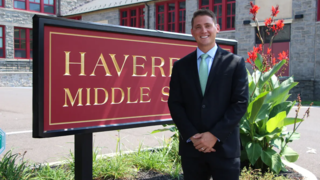 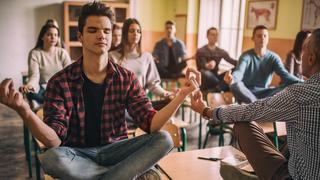