Saint Joseph’s University and University of the Sciences (USciences) announced a historic merger agreement to integrate into one University, ready for the future of everything. 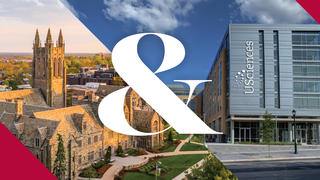 Saint Joseph’s University and University of the Sciences (USciences) announced a historic merger agreement to integrate into one University, ready for the future of everything. By offering a liberal arts core and degrees, along with comprehensive in-demand professional programs, the combined University will prepare today’s students for tomorrow’s world.

“Today is a historic day for Saint Joseph’s, USciences, and the thousands of students from across the country who will choose our combined University for their education,” said Mark C. Reed, Ed.D., President of Saint Joseph’s. “This merger agreement will join together two iconic universities with a combined 370 years of tradition, legacy and service to students. But we will now move forward as one more comprehensive University, continuing our mission of providing an accessible, rigorous, student-centered educational experience in the most sought-after career fields.”

USciences and Saint Joseph’s announced to their communities in February that they were exploring the benefits of a potential combination. At that time, both Universities’ Boards authorized a letter of intent, launching a period of due diligence, which allowed for exclusive discussions. Today’s announcement confirms Saint Joseph’s and USciences’ mutual commitment and allows for extensive integration planning to complete the merger in approximately one year, pending regulatory and accreditor approvals.

“This bold merger agreement creates new opportunities for our students and strengthens USciences’ commitment to build on our 200-year legacy of excellence in healthcare and science education,” said Paul Katz, MD, USciences President. “Saint Joseph’s is the ideal partner for USciences and our community. No other institution could provide the same complementarity and fit. This will be to the benefit of current and future students who will have the well-rounded education needed to become the next generation of leaders in their fields.”

The combined University will provide students with access to academic programs in health and the sciences with top-in-the-nation returns on investment; Philadelphia College of Pharmacy’s 200-year legacy as the first college of pharmacy in North America; Philadelphia’s only Jesuit University; nearly 200 programs of study; exceptional student life; and 20 Division I athletics programs.

With this agreement, USciences will merge with and into Saint Joseph’s University, maintaining newly accepted and incumbent student tuition schedules and academic programs for the remainder of the students’ course of study, regardless of the student’s legacy university. A combined Saint Joseph’s will expand the best-of-both city and suburban locations as well as an enhanced campus experience for students with state-of-the-art laboratories and more educational programs. The University’s Jesuit identity will remain central to its mission and core to the educational experience provided to students, while welcoming and celebrating all faith traditions.

When the merger is finalized, Saint Joseph’s University will be among the top 10 largest Universities in the Philadelphia region with an enrollment of more than 9,000 students, 444 faculty members, nearly 1,500 employees, $505 million endowment, $1.2 billion in assets and an operating budget that tops $300 million. With suburban and urban campuses, the combined University will cover 161 acres and comprise 103 buildings.

This merger is expected to be completed in 2022, pending regulatory and accrediting agency approvals. 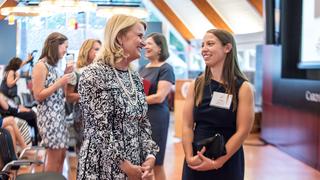 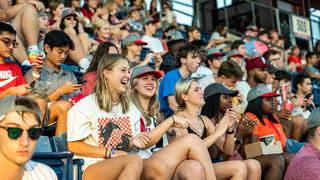 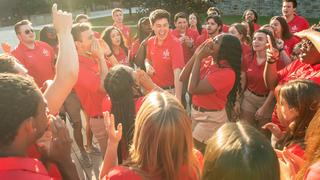