The "West Center" (or WC3D2, for short) is focused on the application of computational methods to chemical and biological problems, as well as on the development of more powerful computational tools to improve the ability of these methods to produce real world answers.

For more information, such as research activities, recent news, and people, see the West Center Website.

We include several highlights of current projects within the West Center. Each of these projects, enabled by resources within the West Center, has recently led to publications in top peer-reviewed journals. The West Center research involves a large diversity of projects, below we select a few examples which emphasize our diverse contributions ranging from drug design to creating smart surfaces for enhanced properties. We end with the training and teaching which is central to the goals of the West Center.

Novel targeting of the Epstein-Barr virus (EPV). [Gianti, E., Messick, T.E., Lieberman, P.M. Zauhar R J.; J Comput Aided Mol Des (2016) 30: 285. DOI:10.1007/s10822-016-9899-y] EPV, is a member of the herpes virus family and one of the most common human viruses. EBV spreads most commonly through bodily fluids, primarily saliva and can cause infectious mononucleosis and other illnesses. The research cited reports a novel drug target for EPV, shown in the figure below.

Novel therapeutics for type 2 diabetes. [Structural Modeling and in Silico Screening of Potential Small-Molecule Allosteric Agonists of a Glucagon-like Peptide 1 Receptor; Tejashree Redij, Rajan Chaudhari, Zhiyu Li, Xianxin Hua, and Zhijun Li; ACS Omega 2019 4(1), 961-970 DOI:10.1021/acsomega.8b03052]. The glucagon-like peptide-1 receptor (GLP-1R) is a receptor protein found on beta cells of the pancreas. It is involved in the control of blood sugar levels by enhancing insulin secretion and is a target for the treatment of type 2 diabetes. GLP-1R agonist-based therapies represent an effective approach that results in several GLP-1 analog drugs. However, the development of nonpeptidic agonist drugs targeting GLP-1R remains unsuccessful. A promising strategy aims to develop orally bioavailable, small molecule positive allosteric modulators (PAMs) of GLP1-1R. We have designed a novel compound (S-1) with the smallest molecule weight (239) among known GLP-1R PAMs was confirmed as a GLP-1R PAM as it synergistically with GLP-1 stimulates insulin secretion. When combined with VIPR peptide agonist, S-1 showed no non-specific activity on VIPR1, another class B GPCR present in the same HEK293-CREB cells used for in vitro activity studies. The figure below shows the computational modeling and experimental validation of an allosteric modulator of GLP1R.

Ion Channel Structure and Dynamics. [Hien Nguyen, T., C. Moore, C., B. Moore, P., & Liu, Z. (2018). Molecular dynamics study of homo-oligomeric ion channels: Structures of the surrounding lipids and dynamics of water movement. AIMS Biophysics, 5(1), 50–76. DOI:10.3934/biophy.2018.1.50] Two homo-oligomeric α-helices peptides which are known to form ion channels were studied. These findings can benefit various research areas such as the rational design of novel therapeutics, in which the drug interacts with membranes and transmembrane proteins to enhance the efficacy or reduce off-target effects. Below is a figure of the structures formed from different numbers of homo-oligomers.

Functional Aromatic Foldamer Structure and Mechanism. [Liu, Z.; Hu, X.; Abramyan, A. M.; Meszaros, A.; Csekei, M.; Kotschy, A.; Huc, I.; Pophristic, V., Computational Prediction and Rationalization, and Experimental Validation of Handedness Induction in Helical Aromatic Oligoamide Foldamers. Chemistry A European Journal 2017, 23 (15), 3605-3615.] Aromatic foldamers are a novel class of abiotic oligomer which folds into stable secondary structures in solution. The interest in the design, synthesis, and application of aromatic foldamer had grown exponentially in the past decades. We developed a computational approach that enables accurate prediction of structure, mechanism and solution dynamics of aromatic foldamers. Figures below illustrate the free energy pathway for folding/unfolding of an aromatic foldamer (right), and handedness induction by terminal biasing group (left), all predicted computationally and validated by experiment. The middle figure illustrates the sequence-structure relation and the idea of the computational design of different structural features (ex. helix diameter).

Broad Reach of the West Center

The West Center does much more than provide computational resources to investigators, of which we currently have 4 PI’s (Dr. Moore, Dr. Li, Dr. Bruist, and Dr. Zauhar), of which we have highlighted only a small subset of theirs research. Beyond the research and central to the West Center’s mission is to “assist scientists in acquiring the expertise and skills related to computational uses in chemistry and biology”. To that end, we continue to be involved in teaching and training at all levels. For example, there have been many high-school students, undergraduate students, graduate students, postdoctoral fellows, and visiting scientists that been part of the West Center through the years. West Center alumni have gone on to have very successful careers for themselves of all types, from academia (e.g chair of chemistry departments) to industry (e.g. senior VP of product development) to research centers (e.g. Head data scientist at the Center for Applied Genomics at the Children's Hospital of Philadelphia).

At this time, the West Center Faculty consists of the following faculty members from the Departments of Chemistry and Pharmaceutical Sciences who are interested in the application of computational methods to chemical and/or biological problems. More detailed information about each faculty member's background and research activities is available through the links below. 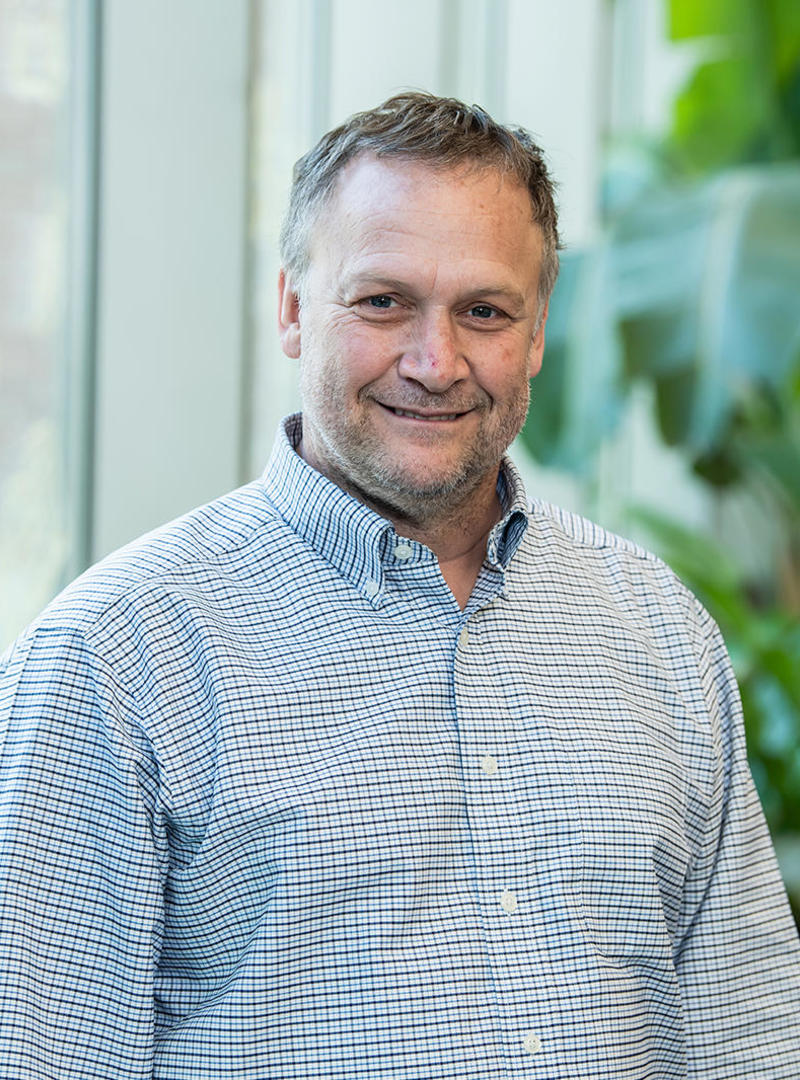 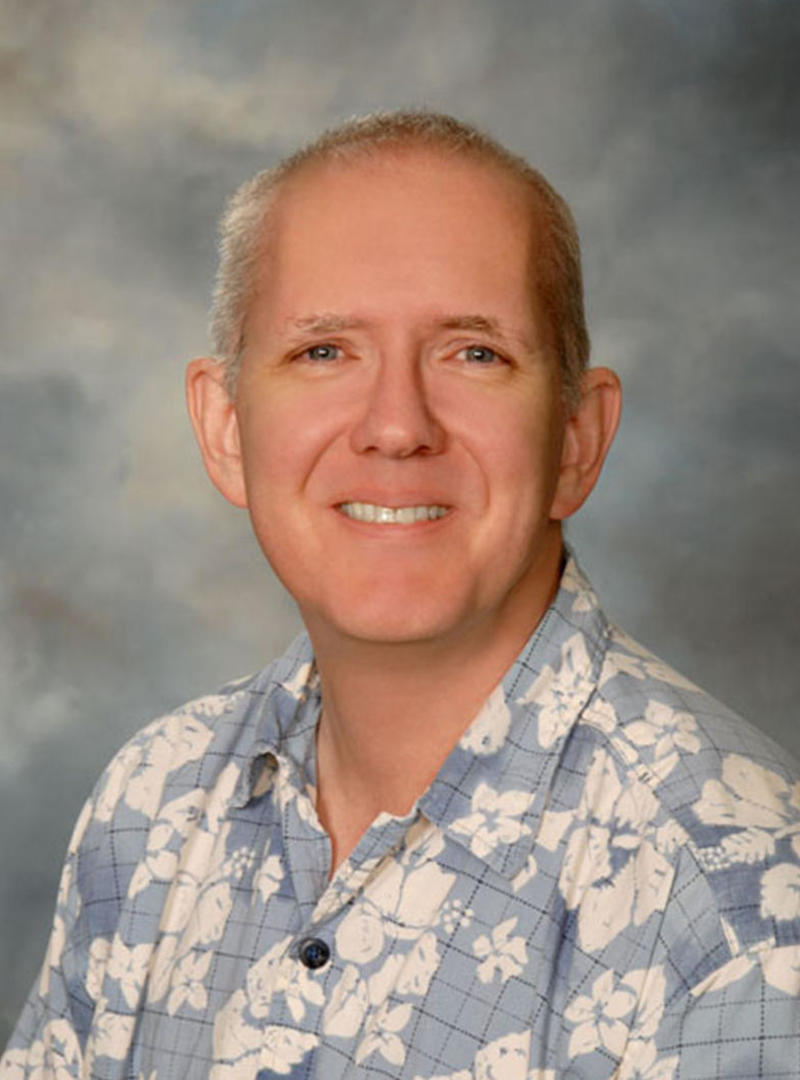 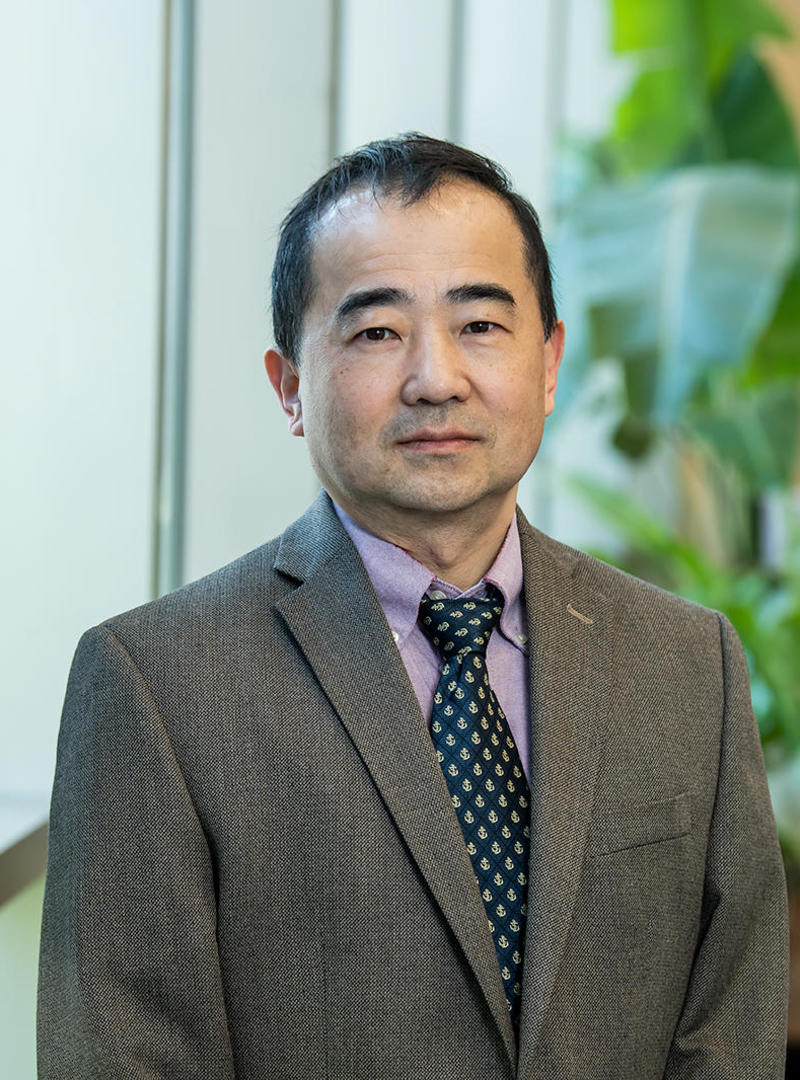 High performance computing clusters featuring cutting-edge CPU and GPU processors and high-speed interconnect provide the primary computational power available to faculty and students in the West Center. Since the inception of the West Center, there have been several major upgrades of the computer facilities resulting in an exponential growth of computing power from about a hundred processors in 1999 to thousands of CPU cores and GPUs currently. These upgrades are realized with the support from the Herman O. West Foundation, the National Science Foundation (MRI grants), industrial partners, as well as the Department of Chemistry & Biochemistry. Currently, the West Center has two high performance computing clusters featuring ~1,500 CPU processors, Nvidia Tesla Fermi GPUs, InfiniBand interconnect, TBs of memory and more than 200TB storage space, as well as 20-30 GPU workstations featuring state-of-the-art GPUs such as the Nvidia GTX 2080Ti.

Soon after this Beowulf cluster was up and running, Dr. Edward Birnbaum, Chair of the department,  learned of the interest of the H.O. West Foundation to support research at the University. With the new Beowulf cluster fresh in their mind, and knowing that expansion of the cluster would greatly benefit research capabilities, Randy, Guillermo (at that point Assistant Professor), and Dr. Birnbaum prepared a proposal for establishing a computational chemistry center at Saint Joseph's University. The H.O. West Foundation recognized the potential of the Center, and generously supported its inception, first with $125,000, followed by a $120,000 donation two years later. The University quickly realized the transformational nature of the West Center and our new computational direction. With additional support from the University, as well as hiring of another four computational chemists, Drs. Preston Moore, Zhijun Li, Zhiwei Liu and Voki Pophristic, the Center expanded rapidly. The six faculty members worked closely together to establish new research directions, secure additional extramural funding for infrastructure upgrades and student support, provide computational capabilities for the entire University and integrate computation in both the didactic and research curricula at the University. The Center became a collaborative nucleus for researchers from Saint Joseph's, other universities and institutes, as well as industrial R&D centers.

By its 20th anniversary (2019), the Center has educated over 100 undergraduate and graduate students, and enabled the development of a number of new computational methodologies that resulted in design of new drugs, therapeutics, and novel materials in response to societal and health needs.