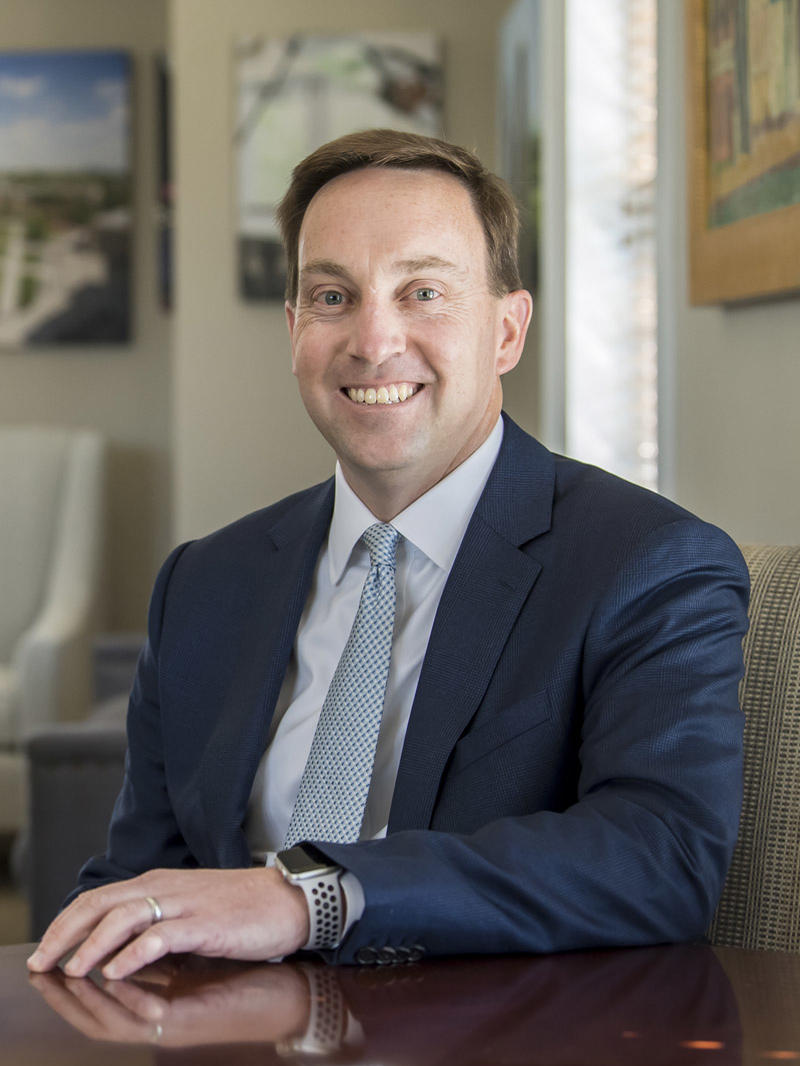 Mark C. Reed, Ed.D., became the 28th president of Saint Joseph’s University in July of 2015 and is the first non-Jesuit to serve in the position. Since his appointment, the University has steadily expanded academic programs, strengthened its financial position, and forged strategic partnerships, while continually seeking new and innovative ways to advance the institution’s Catholic, Jesuit mission.

The University’s bold and forward-thinking strategic plan, Thinking Anew, Acting Anew, communicates Dr. Reed’s vision and has ushered in a new era of diverse and strong leadership for the University, invigorated academic offerings, and prioritized enhancing the total student experience. The plan secures Saint Joseph’s as a leading comprehensive university with a broad academic portfolio; strong liberal arts and sciences core; prominent professional, co-curricular and athletic programs; centers and institutes of distinction; and a campus that meets and exceeds the expectations of modern learners.

Perhaps most emblematic of this vision is the opening of the first new school in 30 years and the recent agreement between Saint Joseph’s and the acclaimed University of the Sciences, bringing the USciences’ academic portfolio under Saint Joseph’s. The School of Health Studies and Education, established in 2019, was a critical first step in taking the University’s established programs in both health and education and leveraging them for growth and expansion. The agreement with USciences, once finalized, will provide a wealth of high-demand health and science programs and an additional campus location in University City for future students.

Financial strength matched with fiscal stewardship, a key tenet of the strategic plan, can be found in the University’s balance sheets year over year, in the growing strength of the endowment, which has doubled during Dr. Reed’s tenure, and in the increasing financial support offered to students in need. Dr. Reed also secured the largest gift in University history — $50M to bolster endowment for academic programs and student scholarships, as well as to fund important campus improvements. The soon-to-be-announced comprehensive campaign will be the largest in SJU’s history and will further advance these important priorities.

A recent partnership with the adjacent, internationally renowned Barnes Foundation is evidence of both the University’s commitment to community and desire to grow the campus experience for students. The educational affiliation is stewarding Barnes programming in horticulture, allowing for the expansion of the University’s art and cultural offerings, and adding 12 acres of historic arboretum to the campus footprint. Renovation of the art gallery at the Barnes is just one piece of an ambitious campus master plan, which also includes reimagined and new academic, recreation, intercollegiate athletics, and campus life spaces; and a pedestrian underpass on City Avenue linking both sides of campus.

With the commissioning of the Advisory Council on Inclusion and Diversity, the University reinforced its commitment to expanding diversity on campus through enrollment efforts, curricular enhancements, community outreach and programming. In the past five years, the University has seen a more than 20% increase in students of color entering as freshmen. In 2017, Dr. Reed cut the ribbon on the Center for Inclusion and Diversity, a dedicated space to organize all of the University’s resources for students of color, LGBTQIA+ students and other underrepresented communities. And in 2020, the University first hosted what has become an annual Day of Dialogue, bringing the campus community together for day-long presentations, workshops and conversations about diversity.

As President and University Professor, Dr. Reed is deeply committed to understanding and attending to the experience of students, ensuring a rigorous and reflective education that leads graduates to fuller personal and professional lives. During his career, he has regularly taught courses in Calculus and Statistics and guest lectured on leadership and management. He participated in or led several student retreats and service immersion trips. A product of Jesuit education, Dr. Reed believes deeply in the University’s Jesuit tradition and accepts the privilege and responsibility to steward its mission as central to his leadership.

Dr. Reed came to Saint Joseph’s from Fairfield University in Fairfield, Connecticut, where he served in multiple senior leadership roles across the institution over a 15-year tenure, most recently as Senior Vice President for Administration and Chief of Staff.

Currently, Dr. Reed chairs the Council of Presidents for the Atlantic 10 Conference and serves on the Boards of Directors for the American Council on Education (ACE), the Association of Catholic Colleges and Universities (ACCU), and the City Avenue Special Services District. Additionally, he serves on the Board of Directors and the Executive Committee for the Association of Jesuit Colleges and Universities (AJCU) and is Chairman of the Board of Trustees for St. Joseph’s Preparatory School in Philadelphia.

Dr. Reed earned a B.S. in mathematics from Fairfield University, a M.Ed. in secondary educational administration from Boston College, an MBA from Fairfield, and an Ed.D. in higher education management from the University of Pennsylvania.