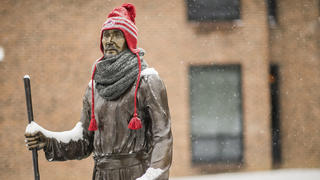 Winterfest is coming! As Saint Joseph’s kicks off the new semester, students are invited to attend the University’s Winterfest celebration on Jan. 29 at the Maguire Wolfington lawn beginning at 3 p.m.

“We’re looking for a fun way to welcome the students back safely,” says Megan Azzalina, assistant director of the Office of Student Leadership and Activities. “We want to celebrate the season and give students a chance to have fun outside.”

Student-run programming board Hawk Hill Productions has partnered with the Office of Student Leadership and Activities to bring a number of safe and physically distanced winter-themed activities to campus to start the new semester. Ice skating, curling lanes, T-shirt giveaways and hockey slapshot competitions are just some of the cold-weather games and activities that will be offered. There will also be plenty of food, including a hot chocolate bar, nacho bar, s’mores, Dippin’ Dots ice cream, and French Toast Bites from Food Marketing MBA student Charisse McGill.

Students will also have the opportunity to explore some of the clubs and organizations on campus, many of which are still accepting new members. Since not all student organizations will be in attendance, we’ve previewed several groups here.

Attendees will also meet organizations like The Hawk, Esports club, Campus Ministry and Sharing Excess at Winterfest, where they’ll learn of a surprise announcement about an upcoming event.

“We’re having a Bachelor virtual watch party on Feb. 8, and there will be a celebrity from Bachelor Nation who will be at our watch party,” says Azzalina. “We’ll announce who the surprise guest is during Winterfest.”

Keep an eye on the University Calendar of Events for future Hawk Hill events, like the Bachelor virtual watch party, Hawks and Kisses, virtual cooking classes and more. 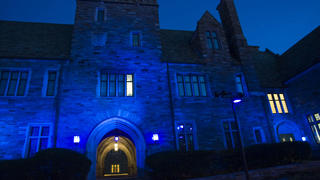 5 Ways to Recognize Autism Awareness Month with the Kinney Center

In honor of National Autism Awareness Month, learn more about the events and programs happening throughout April at the Kinney Center. 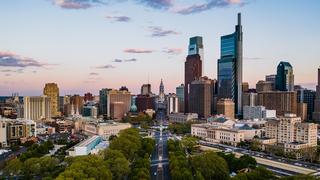 Why We Love Philadelphia: Perspectives from the St. Joe’s Community

Philadelphia was recently named a top destination in the world to visit in 2021 by Condé Nast Traveler. Hear from the St. Joe’s community why they think Philly is also a great place to live, work and go to school. 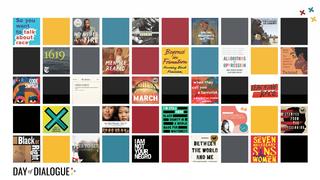 Day of Dialogue by the Numbers

Saint Joseph’s second annual Day of Dialogue attracted more than 1,700 attendees who explored topics like social justice and anti-racism in action-oriented sessions throughout the day. The event took months of planning and participation from students, faculty, staff and community members alike.